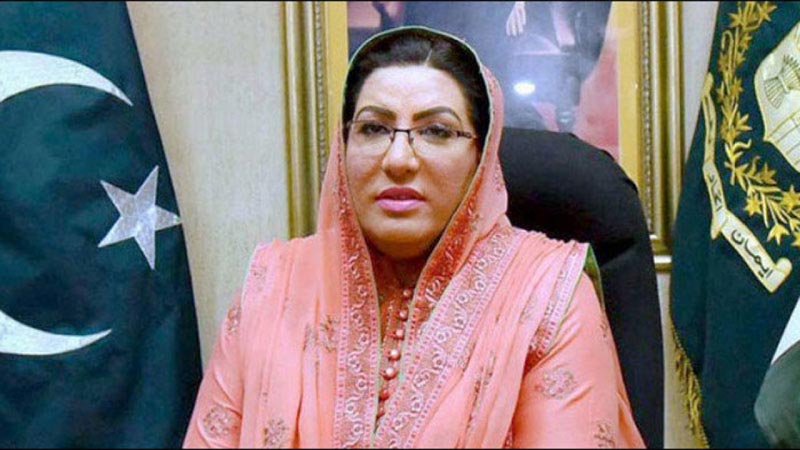 Special Assistant to Chief Minister Punjab on Information Dr. Firdous Ashiq Awan on Monday said the government is taking all possible steps to help the poor and deserving people.

Talking to the media, SACM Dr Awan said that Prime Minister Imran Khan wanted to transform Pakistan into a welfare state like Riyasat-e-Madina, owing to which the government is launching projects likeEhsaas program for the poor, orphans, widows and the needy.

Dr Fridous Awan said essential food items were being provided in the Ramadan Bazaars this year at the rate of year 2018, as per the vision of the Chief Minister Usman Buzdar, while SOPs were being implemented by the government to prevent coronavirus, she added.

She appealed to the people to follow covid SOPs and adopt precautionary measures to prevent corona, particularly during Eid days.

The SACM further said that after Eid,the government plans to convert Ramadan Bazaars into Sahulat Bazaars where the government will continue its mission of providing essential items at concessional rates.

The Punjab government had given a Ramazan package of Rs. 7 billion to provide relief to the people during the month of Ramadan, under which as many as 313 Ramadan Bazaars were set up across the province for supply of quality goods at affordable prices, she noted.

Dismissing speculations, the SACM also noted that sugar was available at Rs. 65 per kg in the Ramadan Bazaars, while in the general market, its supply was ensured at Rs. 85 per kg.

Dr Awan maintained that as per the vision of the Prime Minister , the Punjab government is exhausting its all available resources to provide relief to the common man from effects of price hike.

The SACM noted that during Ramadan, 1,201 price control magistrates were performing their duties to monitor the supply, demand, prices and quality of essential commodities, and added that a fine of Rs 1,641,200 was imposed on overcharging, hoarding and other violations.