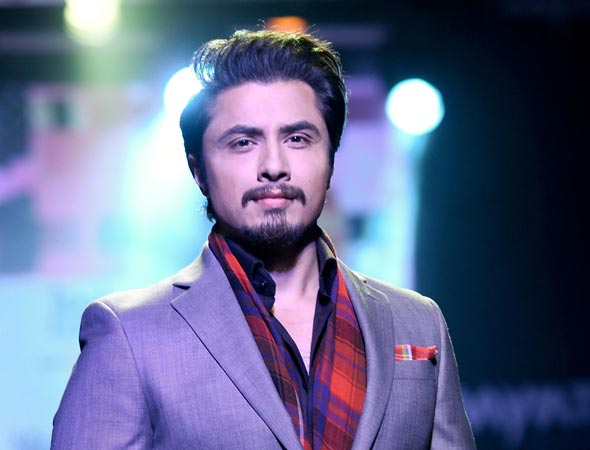 Actor and singer Ali Zafar is no stranger to television as he made his acting debut with the drama serial ‘Landa Bazar’ in 2002.

But soon after in 2003 he won our hearts with his singing talent “Chanoo” and to this day, Ali Zafar’s melodious voice has become the heart and soul of our nation.

This year was also good for Ali Zafar in terms of musical production as he continued to produce some great songs which mesmerised audiences. He sang OST for three television dramas and to no one’s surprise all his songs were super hit.

Ali Zafar sang for the television show Pehli Si Mohabbat, a drama starring Sheheryar Munawar, Maya Ali, Hassan Sheheryar Yasin, Saba Faisal, Saleem Mairaj, Uzma Hassan and Rabia Butt. The show is a love story written by Faiza Iftikhar and directed by Anjum Shehzad. It is produced by iDream Entertainment for ARY Digital. The OST is also beautifully shot and aesthetically pleasing as well. It is composed by Goher Mumtaz whereas the lyrics are penned by Asad Shah. The OST has garnered millions of views on YouTube and became one of the most popular drama OSTs of the season.

Earlier, Ali Zafar composed the soundtrack of Mushk that aired on Hum Tv. The drama was written by Imran Ashraf and directed by Ahsan Talish. It starred Imran Ashraf, Urwa Hocane, Momal Sheikh among others. The song was in Punjabi and was also a big hit among the masses. Ali Zafar also sang an unplugged version for his fans on his social media

Last but not the least, Ali Zafar sang the OST of the Ramadan play by Hum Tv, Chupke Chupke that was written by Saima Akram Chaudhary and directed by Danish Nawaz. The show starred Ayeza Khan, Osman Khalid Butt, Arsalan Naseer, Asma Abbas, Uzma Beg, Aymen Saleem, Mira Sethi among others. The song was composed by Naveed Nashad and written by Ali Zafar and Naveed Nashad. The ost has garnered millions of views within a very short while for its fun and light and upbeat tempo.