* While smoking can cause serious diseases, a large proportion of consumers find themselves unable to quit smoking altogether

Pakistan is one of 15 countries worldwide with a heavy burden of tobacco-related ill-health. Despite considerable tobacco control efforts, the smoking incidence in the country is not decreasing fast enough. Which is why tobacco harm reduction needs to be an additional measure complementary to the existing tobacco control efforts in the country. Advances in science and technology have enabled the development of better alternatives to smoking, presenting a huge opportunity for improving public health, if acted upon.

While smoking can cause serious diseases, a large proportion of consumers find themselves unable to quit smoking altogether. However, many adult smokers are looking for better alternatives to smoking – how can the same ritual, taste, and experience be delivered, but with reduced risk? What will get them to convert from cigarette smoking to such an alternative product – and stick with it?

Research has shown that the burning of tobacco releases harmful chemicals in cigarette smoke and it is these harmful chemicals – not the nicotine – that are the primary cause of smoking-related diseases. As the United Kingdom’s National Institute for Health and Care Excellence stated: “It is primarily the toxins and carcinogens in tobacco smoke – not the nicotine – that cause illness and death.” Embracing science for better, the tobacco industry has been investing in extensive R&D to bring innovation and technology in alternative products to reduce harm for the consumer. Since burning tobacco releases toxins which are the main cause for smoking related diseases, other satisfying ways to deliver flavour and nicotine for current smokers have been developed that are based on the principle of heating tobacco rather than burning it. 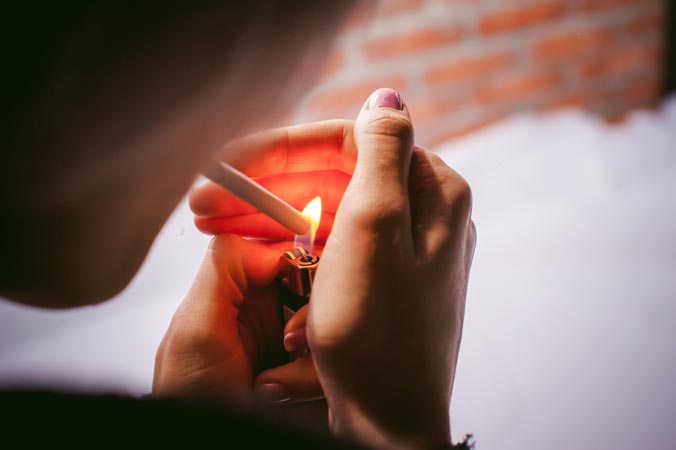 Since these smoke-free products do not burn tobacco, they don’t reach the high temperatures, above 600 degrees C, needed to combust material and produce smoke. Instead, they produce a flavourful nicotine-containing aerosol that a consumer can inhale, but that has significantly lower levels of harmful chemicals than cigarettes. According to a letter by 53 prominent public health experts and leading scientists from over 18 countries to the WHO Director General: “There are now rapid developments in nicotine-based products that can effectively substitute for cigarettes but with very low risks.”

Science and tech have made sure better alternatives to smoking exist. The aim of these products is to provide reduced risk alternatives to smokers who find themselves unable to quit, and to eliminate over 6,000 toxins caused by burning of tobacco in a cigarette. This presents a huge opportunity for improving public health, as smoke-free products can be a means of moving adults who would otherwise continue to smoke away from cigarettes. Significant progress towards the above stated objective can be made if fewer people use combustible tobacco, even if nicotine use persists through use of alternative products, so those who don’t quit smoking can lower their exposure to toxicants.