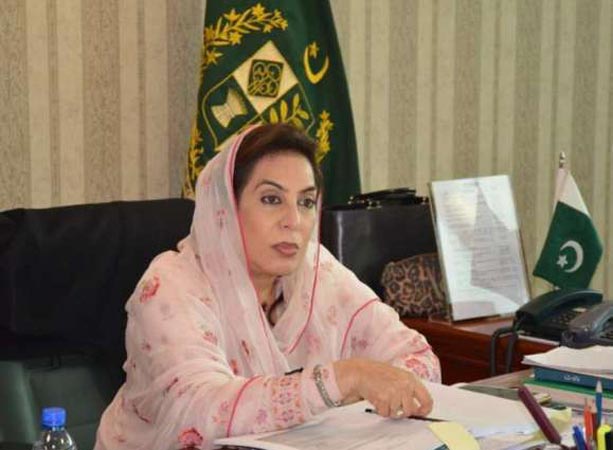 LAHORE: It seems the Inter Provincial Coordination (IPC) Ministry, headed by IPC Minister Dr Fehmida Mirza, and the Pakistan Sports Board (PSB) are trying to put Pakistan sports, once again, in hot waters. History is repeating itself. According to sources, the IPC Ministry and the PSB have formulated a new Sports Policy under which they can not only take control of the National Sports Federations, through elections, but also put an adhoc on them. This new Sports Policy, without informing all stakeholders, was sent to the Prime Minister, with malafide intention, for approval but was sent back to the IPC Ministry with a direction to take all stakeholders on board. A couple of years back, an infamous National Sports Policy was introduced without taking all stakeholders on board, which led to court battles and ultimately the Government had to surrender before the Olympic Charter. It is interesting to note that the new Sports Policy has neither been circulated nor it is made clear to all stakeholders. Sources told Daily Times that the IPC Minister held a meeting with some officials of the Pakistan Hockey Federation, Pakistan Squash Federation and Pakistan Tennis Federation but was told in clear terms that such policy/policies was/were against the Olympic Charter and amounts to Government interference in running of the National Sports Federations. The IPC Minister was reminded of the recent crisis being faced by Pakistan football. Last month, FIFA, football’s world governing body, suspended the Pakistan Football Federation (PFF) due to third-party interference. The IPC Minister was also told in clear terms that any attempts by the PSB or the IPC Ministry to take control of the National Sports Federations would not only damage Pakistan sports but also lead to suspension of Pakistan from all sports by the International Olympic Committee (IOC). “The IPC Minister was told that she must take and include all stakeholders on board before embarking on any ‘misadventure’, trying to implement new Sports Policy without their consent,” sources said.

It is pertinent to mention that an emergent meeting of the Pakistan Olympic Association (POA) was held on Monday here wherein the representatives of the affiliated National Sports Federations, Associations and Departments / Services participated through video conference. The General Council resolved to abide by the provisions of the Olympic Charter and their respective constitutions. “The National Sports Federations are entitled to independently govern their affairs, operations and functions in particular their structure, membership, governance of sports, electoral processes, dispute resolution mechanisms etc,” said a spokesman for the POA. The General Council stressed that the rules, laws and policy guidelines cannot be productive if these were made without extensive academic and scientific study and require valuable input of all the stakeholders.

The General Council urged the Government of Pakistan to uphold its commitment made with the IOC, Olympic Council of Asia (OCA), Association of Summer Olympics International Federations (ASOIF), Association of National Olympic Committees (ANOC) and National Olympic Committee (NOC) Pakistan vide Ministry of IPC letter dated July 03, 2014 following the Lausanne Agreement and to uphold the Resolutions adopted by the United Nations General Assembly in New York on October 2014, which recognises sport as a means to promote education, health, development and peace, and also supports the independence and autonomy of sport as well as the mission of the International Olympic Committee in leading the Olympic Movement. The POA General Council urged the Government to circulate the draft of new Sports Policy among all the stakeholders for their comments. “After that the POA, along with all stakeholders, will hold a meeting with the IPC Ministry and the PSB officials to discuss pros and cons of the new Sports Policy and discuss whether it is applicable or not,” added the POA spokesman.

In Pakistan most things defy logic. Over the years we have all come to accept the reality of our warped existence and begun to believe that if something has to go wrong, there are over 100 percent chances that it will happen here. Apply that yardstick and most things fall into some kind of understandable pattern. We all know too well that the continuous abuse of this country has rendered it without any value. Every policy has gone horribly wrong. We are aware that the larger issues are now beyond any solution but what cuts like a rusted knife into our very soul is how large the disconnect is, and the smallest of things that had any meaning are no longer there. And the world of Pakistan sports is no different. This recent and new attempt by the IPC Ministry and the PSB to take control of the National Sports Federations, blatantly defying the Olympic Charter, has not only backfired but also damaged the credibility of Pakistan sports as well as that of the Government.