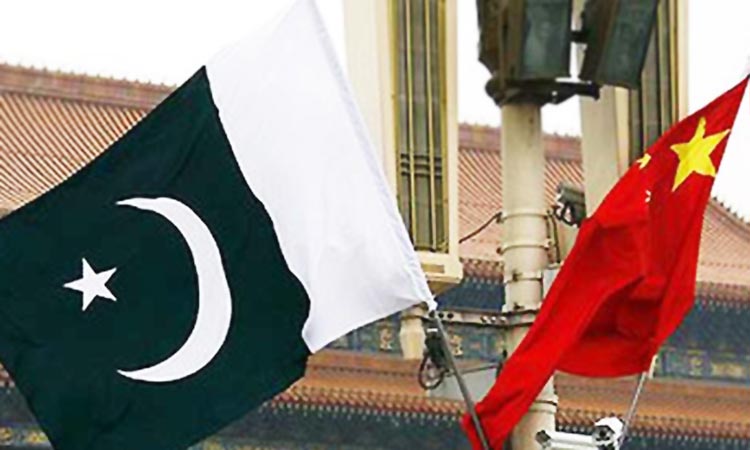 Pakistan and China have signed the bilateral partnership to increase cultural ties and understanding between the business community and people of both sides. The memorandum of understanding was signed by Director China Pakistan Study Centre (CPSC) Dr. Talat Shabir and Chief Executive Officer of RINSTRA Technologies Amir Jahangir, said a press release issued here on Monday.

The Video Content Competition on Pakistan China relationship will be launched to promote culture and trade between the two countries. Speaking at the occasion, Director General (DG) Institute of Strategic Studies Islamabad (ISSI) Ambassador Azaz Ahmad Chaudhary said “The ISSI provides a platform for quality policy input through informed research, objective analysis and dialogue on regional and international issues affecting peace, security and development of Pakistan.

“We are confident that this partnership will create knowledge resources among the youth and the business community alike while providing strategic direction for policy makers” he said. Chief Executive Officer RINSTRA Technologies Amir Jahangir said “In this new era of information engagement it is important to build the vocabulary and understanding around the partnerships that both Pakistan and China are striving for. Amir Jahangir this cooperation between CPSC and RINSTRA will set a new benchmark for understanding around the future challenges for our international partnerships.

Amir said that RINSTRA is the outcome of the thought leadership of Dice Foundation USA’s Creative Arts and Media Initiative (DICE CAM). He informed that it is part of Dice Foundation’s National Innovation Basket (NIB) program, which aims to create media as cornerstones of Pakistan’s growth strategy. Amir said that RINSTRA is Pakistan’s first short-form digital media platform for on-demand streaming and for creation of user generated original content on iRINSTRA. He said that RINSTRA gives content creators access to a large Pakistani community around the globe, and it has been able to create a unique platform that offers dramas and films, while enabling users to generate their own content on the same platform. Chief Executive Officer (CEO) said that RINSTRA It also has a feature for Content Competition where, more than 100 academic institutions in Pakistan are competing on various thematic areas. The Fest feature of the application has provided some of the leading Film Festivals to partner with RINSTRA for digital viewing of their films and documentaries.