* Commission issues notices to respondents; hearing scheduled for May 4
* FAFEN reports 143 violations during by-election in Karachi 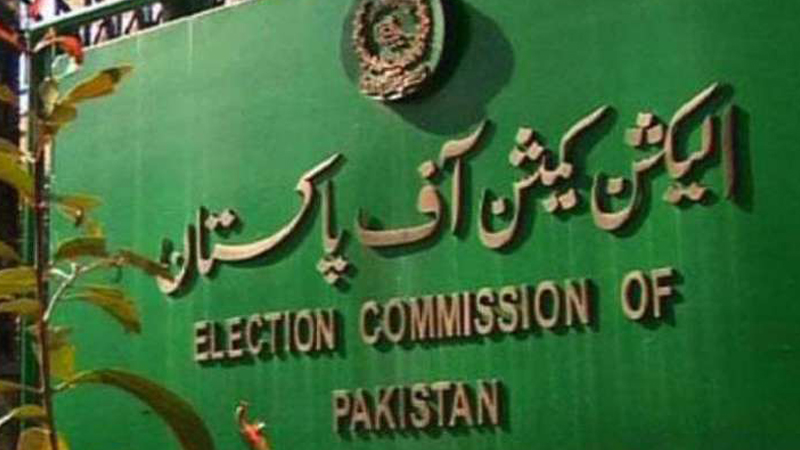 The Election Commission of Pakistan (ECP) on Saturday accepted PML-N candidate Miftah Ismail’s request for a recount of votes of April 29 by-election in NA-249 Karachi for a hearing.

According to a notification by the ECP, the hearing will be held on May 4. Notices in this regard have been sent to all the respondents.

In the meanwhile, the ECP has issued a stay order, withholding results of the NA-249 by-poll.

Ismail had written a letter to the chief election commissioner seeking a vote recount in NA-249. The PML-N has also requested the ECP to conduct a forensic audit of the votes in the constituency.

He claimed that a number of Form 45 were not signed and that the counting of votes on the Form 45 given to the party was different from the forms issued by the returning officer (RO), which were not provided to them. He further claimed in the letter that the RO did not provide the polling station-wise result summary to the party and that he did not provide a receipt of the time the results were received via WhatsApp.

Ismail asked the CEC to stop the ECP from finalising the results and order a recount of votes in all polling stations of NA-249.

The PPP had secured victory in the NA-249 by-election held on Thursday, with unofficial results showing a close contest between the PML-N and PPP in the final count. PPP’s Abdul Qadir Mandokhel had bagged 16,156 votes to win the seat, followed by PML-N’s Miftah Ismail who secured 15,473 votes.

Meanwhile, the Free and Fair Election Network (FAFEN) has reported 143 violations of election laws during the NA-249 by-elections in Karachi.

“On election day, FAFEN’s trained citizen observers reported 143 violations, of which 55 related to the presence of party camps in the polling stations’ surroundings,” a report by the organization said. “In 11 instances, the polling staff did not allow voters to cast votes and sent them back,” the report said, adding that at 19 polling stations, the observers saw that Covid-19 SOPs were not implemented at all. However, the ECP had ensured strict compliance to the Covid-19 SOPS overall, the report noted. “The other 58 instances of violations pertained to procedural irregularities, mainly in voting and counting processes. On average, the observers reported 1.3 violations per polling station,” it said. The by-election saw a substantial decline in voter turnout, mainly due to the hot weather and Ramadan, the detailed report said. “Despite a competitive campaign, the poll recorded a turnout of 21.6 percent of registered voters – dropping from 40 percent reported for the constituency during General Elections 2018,” it noted.

FAFEN observers reported the polling process was generally well organised at the observed polling stations. Nearly 84% (94) of the monitored polling stations had polling booths in separate rooms. “However, around 18 polling stations – five each male and female and eight combined – housed more than one booth in a single room,” the report said.