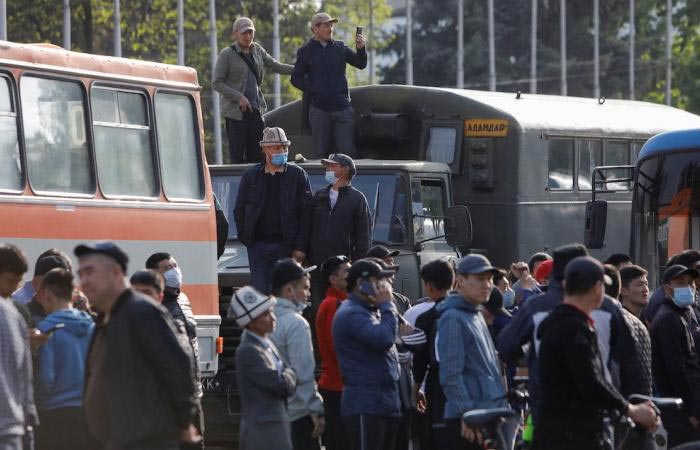 Kyrgyzstan accused neighbour Tajikistan on Saturday of building up troops and military equipment near their border, following clashes on Thursday in which 41 people were killed and more than a hundred wounded. Kyrgyzstan’s border guard service also said Tajik troops opened fire on Kyrgyz vehicles near one Kyrgyz village. Tajikistan made no comment, although a Tajik security source said Dushanbe was sticking to a ceasefire and troop pull-back agreement. At the same time, talks continued to settle the conflict between the two Central Asian nations, both of which are Russian allies. The presidents of the two countries spoke on the phone on Saturday to discuss further steps, their offices said. “In breach of bilateral agreements on withdrawing troops to their bases, the other side continues bringing more troops and heavy hardware to its border with Kyrgyzstan,” the Kyrgyz border guard service said in a statement. One Kyrgyz area populated by thousands of people remained cut off from the rest of the country, border guards said, because Tajik troops were blocking a road that crosses disputed territory. The clashes broke out this week along the frontier between Tajikistan’s Sughd province and Kyrgyzstan’s southern Batken province because of a dispute over a reservoir and pump, claimed by both sides, on the Isfara river. Villagers from opposing sides hurled rocks at each other and border guards joined the fray with guns, mortars and even, according to Kyrgyz border guards, a Tajik attack helicopter.