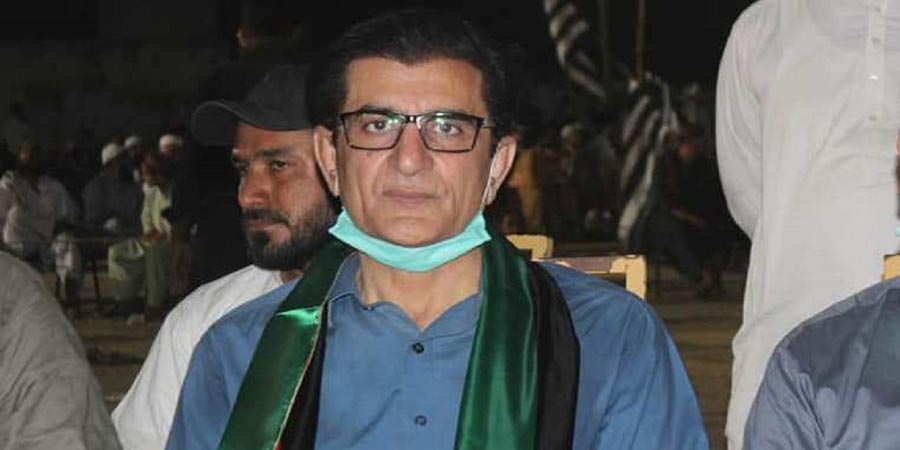 The PTI and the PML-N on Friday rejected the results of the by-election in Karachi as PPP’s Qadir Khan Mandokhail emerged victorious in NA-249 after securing 16,156 votes.

The PML-N and the PTI rejected the results of the by-election.

PTI’s Karachi chapter rejected the result of NA-249 by-poll, terming it fraudulent and accused the Election Commission of Pakistan (ECP) of changing the outcome. PTI’s Karachi chapter president Khurram Sher Zaman told a press conference at Insaaf House, Karachi, that the party will challenge the result in a court of law. He alleged that ECP officials were involved in the alteration of election result and demanded an investigation into the properties of ECP officials. He alleged money was used to get the desired results.

He said on the day of 29th April, PTI was winning as people were thronging its camps during election day and the party workers and leaders were being updated by CMS system they were using to monitor the results. According to this, the PTI candidate had already got 17,000 votes. He said PTI was on top of local surveys and was touted as favorite. He said PPP was nowhere to be seen as strong party in the recently held surveys.

Zaman also wondered how PML-N Miftah Ismail ended up as a runner-up to the polls. The PML-N candidate had never been seen in the election campaign, the PTI leader said, adding that positions for number one and number two had already been decided.

Information Minister Fawad Chaudhry said that the PPP’s conduct over a single seat has highlighted the need for electoral reforms. “Once again I urge the opposition to consider Prime Minister Imran Khan’s suggestion. The voting percentage shows that the people are losing faith in the process,” he tweeted.

He said the PPP held the whole system hostage for the sake of one seat. He said low voter turnout showed that the people are losing confidence in the election process.

Federal Minister for Shipping and Maritime Affairs Ali Haider Zaidi claimed it was “obvious the crooked PPP and the provincial election commission were hand in glove in this mess!”

PML-N candidate Miftah Ismail challenged the election results of NA-249 Karachi by-polls and demanded a forensic audit of polling stations. He sent three written request to the returning officer (RO), and demanded recounting of votes as well as forensic audit of 15 polling stations. Ismail also sought details of the voting process from ECP and asked the commission to scrutinise the thumb expressions of voters.

PML-N President Shehbaz Sharif expressed hope that ECP will fulfill all the requirements of justice and transparency regarding NA-249 by-polls. In a statement, the PML-N leader thanked the people of the constituency and his party candidate Miftah Ismail for his struggle. Everyone has witnessed how the lead of PML-N was overtaken, he added.

PML-N Vice President Maryam Nawaz has hinted to challenge the by-elections results of the NA-249. She slammed the political opponents in a Twitter message, saying that the tactics to defeat her political party will be exposed soon. The PML-N VP threatened that the lion could not be hunted down so easily, adding that they should remember it and wait for the response. She said that PML-N will take back the right of the citizens.

Maryam said that the political party will accept defeat if it is the decision of the citizens. Maryam Nawaz added that PML-N will fight against every decision taken by stealing ballot boxes and vote-rigging. ‘Make no mistake about it.’

Meanwhile, PPP chief Bilawal Bhutto said that the party’s ‘historic win’ in the NA-249 by-election “proves that the people no longer backing the government”. “The people of Karachi have sent a clear message to the puppet, incompetent government that they have been rejected,” he said.

“This win is a win for the entire city,” the PPP chairman said, adding that the victory marks a new trajectory for politics in the city, one based on “democratic forces”. “This regime’s stronghold [has been broken] due to the PPP’s consistent opposition and democratic strategy.

We not only dealt the government a defeat in the nationwide by-elections, but also in the National Assembly, the Chairman Senate, and then the Leader of the Opposition in the Senate elections,” he said.

Bilawal said that with the win, the PPP “proved to the naysayers” and the “propaganda” peddlers that “whoever works hard and stands by the poor” will emerge victorious.

Bilawal also responded to PML-N’s allegations of PPP stealing the NA-249 election and said that these are “highly regrettable” remarks and must be proven. “I kept hearing chants of ‘Daska 2, Daska 2’. If this was anything like that, where were the firing incidents, where were the kidnapped polling agents, where were the missing bags of votes?” he asked.

He said the PML-N’s Shahid Khaqan Abbasi, along with the “former governor” (Muhammad Zubair) and “former finance minister” (Miftah Ismail)” were present in the office of the returning officer and watching their party lose the election. “To hide your defeat will you now level false allegations of rigging?” Bilawal asked.

“If you pick up historical records, which party do you think takes the lead in the most amount of rigging? Which party do you think is the original selected? Instead of leveling false allegations, our friends would do well to do some introspection. What reason is it that in a constituency where Shahbaz Sharif fought, the votes, within two years, have dropped down from more than 35,000 to 15,000?” Bilawal asked. “Our PML-N friends should learn how to honourably accept defeat when they are defeated fairly and squarely in the electoral process,” he said.

The ECP on Friday rejected allegations of the slow vote count in the NA-249 by-poll. “All presiding officers timely reached the office of returning officer and submitted the form 45 of each polling station,” the election body said, adding that the results were compiled using the form 45.

The ECP said that speculations regarding a delay in vote count were not true. “Chief Election Commissioner Sikander Sultan Raja was supervising the by-poll from the central control room,” the ECP spokesman said adding that Form-47, comprising of a consolidated result, would soon be issued after the final compilation of results as per Form-45.