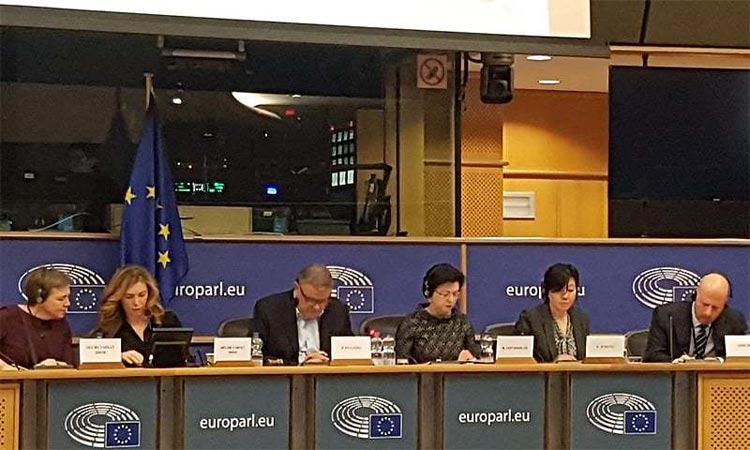 Pakistan on Friday expressed its disappointment over a resolution adopted on country’s blasphemy laws by the European Parliament, which also called for a review of GSP (Generalised Scheme of Preferences) plus status of the country.

On Thursday, the European Parliament adopted a resolution calling for a review of the GSP+ status granted to Pakistan in view of an ‘alarming increase’ in the use of blasphemy accusations in the country as well as rising number of online and offline attacks on journalists and civil society organisations. The resolution also calls on the Government of Pakistan to ‘unequivocally condemn’ incitement to violence and discrimination against religions minorities in the country, and expresses ‘deep concern’ at the prevailing anti-French sentiment in Pakistan.

“The EU Parliament calls on the Commission and the European External Action Service (EEAS) to immediately review Pakistan’s eligibility for GSP+ status in the light of current events and whether there is sufficient reason to initiate a procedure for the temporary withdrawal of this status and the benefits that come with it, and to report to the European Parliament on this matter as soon as possible”, according to the resolution.

Member of European Parliament (MEP) Charlie Weimers of Sweden, who co-authored the resolution, in his speech during the parliament’s latest session cited various incidents of members of religious minorities killed or imprisoned in Pakistan over accusations of blasphemy. “Prime Minister Imran Khan, rather than defend his citizens’ human rights against false accusers, […] equated denial of the Holocaust and genocide to criticism of Holy Prophet (PBUH),” he said in his remarks. The lawmaker also tweeted, “Should Europe reward Pakistan’s mob justice targeting Christians and its Prime Minister relativising the Holocaust? My answer is no.”

The resolution expresses particular concern regarding the case of couple Shagufta Kausar and Shafqat Emmanuel, who were sentenced to death on blasphemy charges in 2014. “The evidence on which the couple were convicted can be considered deeply flawed,” it states, noting that the couple had allegedly been in an argument with the accuser not long before the accusations were made.

The couple remains in jail pending a court ruling on their appeal against their death sentence. The appeal was due to be heard in April 2020, six years after they were sentenced, but has been postponed multiple times, most recently on February 15, 2021, according to the resolution.

It notes that there has been “an alarming increase” in accusations of blasphemy online and offline in Pakistan over the past year, with the highest number of accusations since 1987 taking place in 2020. Many of these allegations targeted human rights defenders, journalists, artists and the most marginalised segments. “Pakistan’s blasphemy laws are increasingly used for personal or political score?settling in violation of the rights to freedom of religion and belief and of opinion and expression,” it states. According to the resolution, the situation in Pakistan “continued to deteriorate in 2020 as the government systematically enforced blasphemy laws and failed to protect religious minorities from abuses by non-state actors, with a sharp rise in targeted killings, blasphemy cases, forced conversions, and hate speech against religious minorities including Ahmadis, Shia Muslims, Hindus, Christians and Sikhs; whereas abduction, forced conversion to Islam, rape and forced marriage remained an imminent threat for religious minority women and children in 2020, particularly those from the Hindu and Christian faiths”.

It also expresses concern over “an increasing number of online and offline attacks on journalists and civil society organisations, in particular against women and the most marginalised in society”, noting that such attacks often include false accusations of blasphemy, which can lead to physical attacks, killings, arbitrary arrest and detention.

It urges the Pakistani government to take “immediate steps” to ensure the safety of journalists, human rights defenders and faith-based organisations and to carry out prompt and effective investigations in order to uphold the rule of law and bring the perpetrators to justice.

The resolution says Pakistan has benefited from trade preferences under the GSP+ programme since 2014, while the economic benefits from this unilateral trade agreement for the country are “considerable”. However, the GSP+ status “comes with the obligation to ratify and implement 27 international conventions including commitments to guarantee human rights and religious freedom”, it adds.

“In its latest GSP+ assessment of Pakistan of 10 February 2020, the Commission expressed a variety of serious concerns on the human rights situation in the country, notably the lack of progress in limiting the scope and implementation of the death penalty,” the text says.

However, the resolution welcomes the recent judgment of the Supreme Court of Pakistan to ban the execution of prisoners with mental health conditions. It calls upon the Pakistani authorities to commute the sentences of all individuals who are facing the death penalty to ensure that their right to a fair trial is respected.

In reaction to the development, Pakistan said it was disappointed at the adoption of a resolution at the European Parliament on blasphemy laws in the country. “The discourse in the European Parliament reflects a lack of understanding in the context of blasphemy laws and associated religious sensitivities in Pakistan – and in the wider Muslim world,” Foreign Office Spokesperson Zahid Hafeez Chaudhri stated in response to queries. “The unwarranted commentary about Pakistan’s judicial system and domestic laws are regrettable,” he added.

The spokesperson said Pakistan being a parliamentary democracy with a vibrant civil society, free media and independent judiciary, remained fully committed to the promotion and protection of human rights for all its citizens without discrimination. “We are proud of our minorities, who enjoy equal rights and complete protection of fundamental freedoms as enshrined in the Constitution. Judicial and administrative mechanisms and remedies are in place to guard against any human rights violations,” he added.

The spokesperson mentioned that Pakistan had played an active role in promoting freedom of religion or belief, tolerance and inter-faith harmony. At a time of rising Islamophobia and populism, the international community must exhibit a common resolve to fight xenophobia, intolerance and incitement to violence based on religion or belief, and work together to strengthen peaceful co-existence, he stressed.

The spokesperson further said Pakistan and the European Union had multiple mechanisms in place to discuss entire spectrum of bilateral relations, including a dedicated Dialogue on Democracy, Rule of Law, Governance and Human Rights.

“We would continue to remain positively engaged with the EU on all issues of mutual interest,” he maintained.