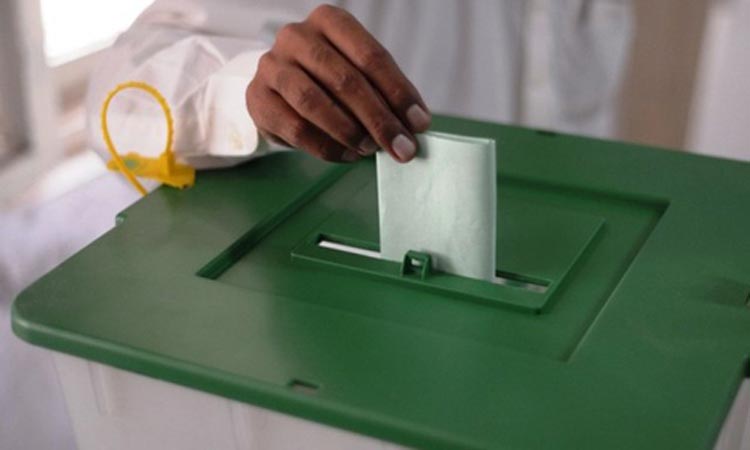 The election process in Pakistan is most of the times marred by controversies and allegations of rigging. How unfortunate it is that a small exercise of by-polls even at the level of one constituency cannot be conducted in a smooth and fair manner.

The nation has once again witnessed the war of words amongst the political parties over the results of by-election in NA-249 Karachi. PPP candidate Qadir Khan Mandokhel has been declared victorious by the election authorities, which has led to hue and cry from all other political parties including the PML-N, PTI and the MQM, which have rejected the election results and alleged rigging in the whole process.

It is because of self-centered politics of our political parties that the people have also started losing interest and confidence in the election process and the same was seen in Karachi by-poll where the turnout remained very low. This indeed is a very disturbing situation and the political parties will have to demonstrate maturity before it is too late and the people’s confidence in the parliamentary democracy erodes. The million-dollar question here is as to when our political parties will learn from their mistakes and pursue a matured course to end wrangling on the outcome of elections. This can only happen when they sit together and craft a mechanism that provides safeguards against the corrupt practices.

Alluding to Karachi by-poll, Minister for Information and Broadcasting Chaudhary Fawad Hussain made a very relevant point in his tweet on Friday, emphasizing the need for electoral reforms in order to do away with what happened in Thursday’s by-election. The fact of matter is that the government has time and again shown its intent to engage with the opposition on this critical matter so that the next general elections is held in such an environment that the results are acceptable to all the political parties. A few days back, Ch Fawad Hussain, while addressing a news conference, had urged the opposition parties to submit their suggestions for the election reforms, adding the government wanted to move forward with political consensus on the matter. In addition, on the advice of Prime Minister Imran Khan, Speaker National Assembly Asad Qaiser has also written letters to the parliamentary leaders for their input but so far no reply has been given by them. In Senate elections also, Prime Minister Imran Khan had proposed open ballot but for vested interests and to grab more seats than their share, the opposition parties did not pay any heed to it.

The next general elections are about two-and-a-half years away. Reforms and developing consensus on them is always a painstaking process. Whilst the government has opened its doors for negotiations, it is time for the opposition parties to demonstrate flexibility in its conduct. They may come up with their own set of proposals and then can sit with the government to develop a consensus document acceptable to all. The political parties owe this to themselves and the nation. If the opposition is not forthcoming, it is for the government to try to establish backdoor contacts with it to achieve the ultimate goal. There should be some sort of working relationship between the government and the opposition to review and reform the current electoral laws. Failure will only see the losing parties once again making hue and cry following 2023 general elections.

Whilst rising above petty differences, the political parties must make some headway that makes the election process free and transparent. After doing the needful, the parties still have to inculcate the spirit of accepting the election results in a dignified manner as happens in most democracies.