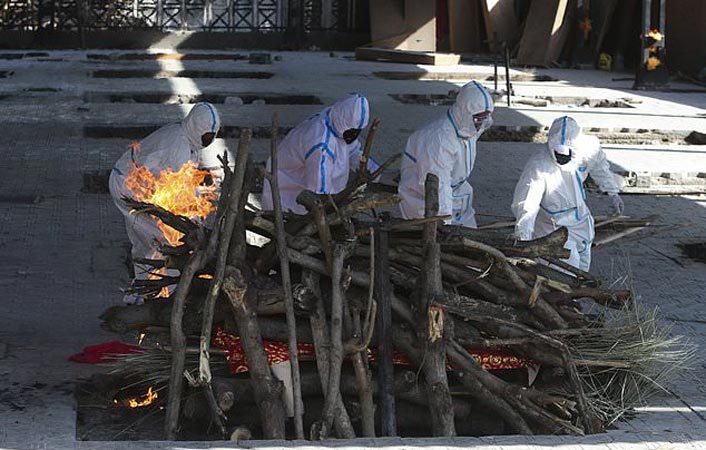 Dr. Gautam Singh dreads the daily advent of the ventilator beeps, signaling that oxygen levels are critically low, and hearing his desperately ill patients start gasping for air in the New Delhi emergency ward where he works.

Like other doctors across India, which on Monday set another record for new coronavirus infections for a fifth day in a row at more than 350,000, the cardiologist has taken to begging and borrowing cylinders of oxygen just to keep patients alive for one more day.

On Sunday evening, when the oxygen supplies of other nearby hospitals were also near empty, the desperate 43-year-old took to social media, posting an impassioned video plea on Twitter.

“Please send oxygen to us,” he said in a choked voice. “My patients are dying.”

India was initially seen as a success story in weathering the pandemic, but the virus is now racing through its population of nearly 1.4 billion, and systems are beginning to collapse.

SOS messages like the one Singh sent reveal the extent of the panic.

In addition to oxygen running out, intensive care units are operating at full capacity and nearly all ventilators are in use. As the death toll mounts, the night skies in some Indian cities glow from the funeral pyres, as crematories are overwhelmed and bodies are burned in the open air.

On Monday, the country reported 2,812 more deaths, with roughly 117 Indians succumbing to the disease every hour – and experts say even those figures are probably an undercount. The new infections brought India´s total to more than 17.3 million, behind only the United States.

The deepening crisis stands in contrast to the improving picture in wealthier nations like the U.S., Britain and Israel, which have vaccinated relatively large shares of their population and have seen deaths and infections plummet since winter. India has four times the population of the U.S. but on Monday had 11 times as many new infections.

Doctors like Singh are on the front lines, trying to get the supplies they need to keep their patients alive.

Singh received 20 oxygen cylinders on Monday, only enough to enable the hospital to limp through the day until the ventilators start sending out their warning beeps again.