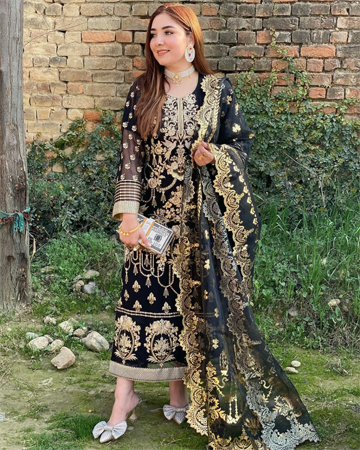 Nishoo Khan is a prominent makeup artist, influencer, beauty and fashion blogger who rose to fame after she started uploading makeup tutorials on her official YouTube Channel for girls who lacked opportunities to learn about makeup despite being very passionate.

Makeup is both her hobby and her passion. When she was a teenager, she used to collect a lot of makeup. She liked doing makeup on other people more than creating looks on herself.

THE STRUGGLE OF NISHOO KHAN — in the initial years, she doubted herself and wasn’t sure if she’ll be able to sustain her YouTube career in the long run. She was hesitant at first, but then she shared her vision with her husband, who thankfully, believed in her and encouraged her to follow her passion. Her husband has always been really supportive throughout her journey. He wanted her to create a broader vision for her makeup hobby in order for her to share unique techniques with the rest of the world. Being a mother of three kids, managing married life and filming was extremely hard but she kept a proper schedule for managing her kids, videos and her married life simultaneously.

Her interest in becoming a YouTuber started when she was residing in China where she started binge watching videos on YouTube. The first video she watched was of Anushae who is a fellow Pakistani YouTuber as well. Nishoo Khan also considers her to be an inspiration. Gradually, with the passing of time, she started learning video editing as well from YouTube.

In the initial years, she doubted herself and wasn’t sure if she’ll be able to sustain her YouTube career in the long run

RISING TO FAME — when at first she started uploading videos on YouTube, around 5 years ago, she thought she was going to get spammed with likes & views. She thought she was going to get famous in a single day, but that didn’t just happen overnight. She used to get 10 views per day and this disheartened her a bit. She used to put so much effort into all this & wasn’t get the deserving output. In the first month, she only got PKR 12,000 in earnings from YouTube. However, due to her consistent hard work and effort, she now has a very successful career. Today, she has around 900k subscribers on YouTube and around 300k followers on Instagram.

A MOTHER & A YOUTUBE SENSATION — Since, YouTube has been a platform for content creators, vloggers and audiences around the world, Nishoo herself is very keen on growing more on the platform. With immense success already she aims for the sky, she wants to be the YouTuber every other girl looks up to, creating an everlasting aura on YouTube and Instagram, Nishoo is loved by all her fans from not only within the borders but past the horizons.

Nishoo is a mother and with her flawless time managing skills, she keeps up with her family and her work. Hence, making her the YouTube sensation everyone wants to become. The perfect model of working and a mould that is hard to find, Nishoo is an exquisite example of such successful minds and passions.