* Like me, you may think that these superimposed cities would be an excellent setting for a sci-fi show 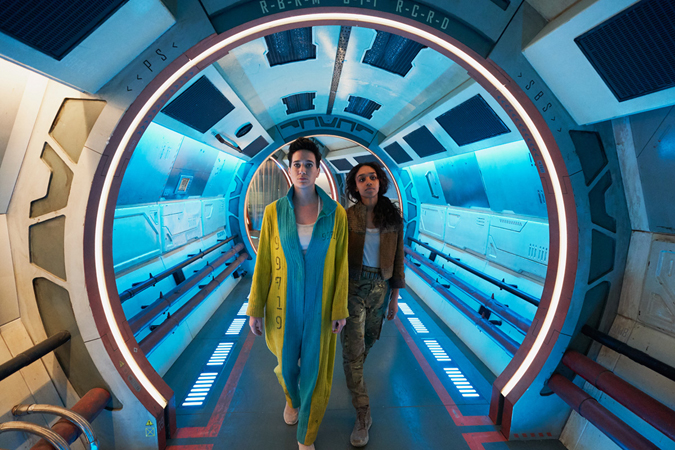 On the festering streets of Old London, rookie cop Ash Harper chases down Verona, a fugitive who has stolen a valuable commodity.

Seemingly abandoned as the climate crisis intensified, the London we know today has become a literal underworld; the only structures left intact are the enormous pillars that hold up the Commonworld, a network of gleaming metropolises under authoritarian rule.

Like me, you may think that these superimposed cities would be an excellent setting for a sci-fi show. I was therefore surprised that Intergalactic, a prison-break drama set in 2143, doesn’t linger here. Instead, it jumps straight to the action: just 10 minutes into the series’ first episode, Ash is arrested and framed for stealing the cache she retrieved from Verona.

Despite the efforts of her mother Rebecca, the Commonworld’s head of galactic security, Ash is sentenced to live out her days in an off-world prison colony. Yet while she is being transported there, she is drawn into a daring breakout attempt by Verona and a motley crew of inmates. Led by ruthless matriarch Tula, the women commandeer the Hemlock prison ship in order to seek a new life in the fabled free world of Arcadia.

In a different show, such events would be considered meaty enough to span two or three episodes. That they are packed into one instalment tells you all you need to know about the show’s tone – it burns through plot at a breakneck pace, with all the mayhem this entails.

For the first few episodes, at least, the show is oddly disinterested in world-building, opting to get the set-up out of the way via a surfeit of exposition-heavy dialogue. And there are moments when the narrative makes unexplained leaps, from the logistics of the breakout to a fight scene in which Ash seems to teleport between locations. 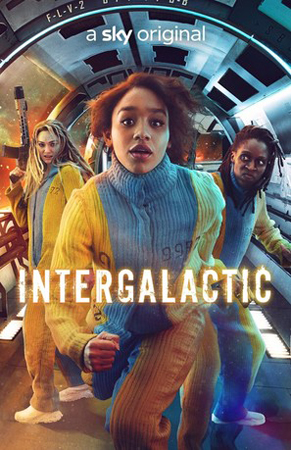 Yet there is plenty to like about Intergalactic. For the most part, each member of the Hemlock’s crew feels fully realised; Tula and Candy, an eccentric, fork-tongued drugs mule, are particularly interesting. Even weaker characters in the ensemble, like jocular pirate Echo, have their moments to shine.

By the end of the third episode, the series has relaxed from the disorientating speed at which it began, and is all the better for it. A plot line that sees Ash, Verona and Echo raid a fuel depot – while the others contemplate the painful death that awaits them if the Hemlock runs out of juice – is promising, leavening high-octane thrills with humour and character development. At this point, it also becomes clear that the Commonworld is on shaky ground. The eco-fascist regime’s raison d’etre is to protect Mother Earth at all costs – even if that means destroying countless other worlds. The wider galactic community isn’t going to take that lying down, and so Rebecca and the Commonworld’s director, Benedict Lee, face a growing revolutionary threat.

Once these political machinations begin to dovetail with the lives of the prisoners, particularly that of “enemy of the state” Emma Grieves, you finally get the sense that the show is going somewhere with all its sound and fury. Messy and charming by turns, Intergalactic has the potential to grow into an original and exciting series – if it can keep its feet on the ground and its head in the sky.