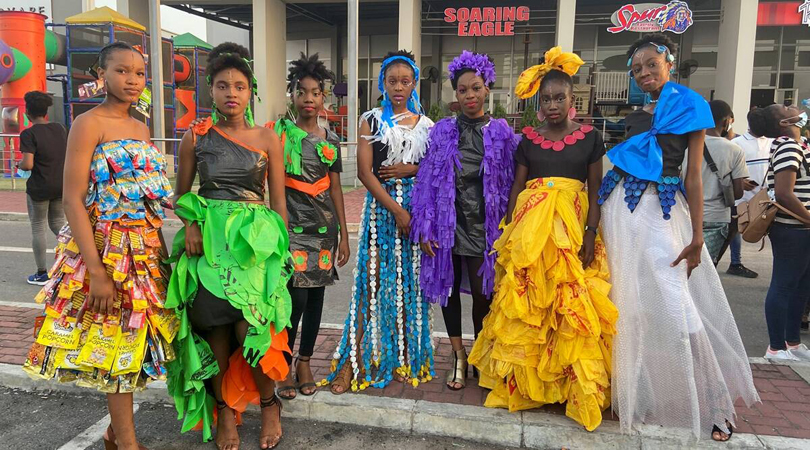 In a district of Lagos, Nigeria’s megacity, a group of teenagers wade through a mass of plastic bottles, food containers and bags that have blocked a waterway. Wearing gloves and masks, they pick up the discarded plastic and drop them into refuse bags. Their aim is to enable water to flow around the waterway that was constructed to prevent flooding in the city’s Sangotedo district, while raising awareness of the problems caused by single-use plastic. “We need to start now because in a few years it’s going to be too late to do anything,” said Esohe Ozigbo, the 15-year-old climate change activist who leads the group of youngsters, on the need to address environmental issues. Plastic waste is ubiquitous in Lagos, the commercial capital of Africa’s most populous country with a population of more than 20 million people, where dropping litter is commonplace. To reinforce their message about the extent of the waste in Lagos, Ozigbo and her fellow activists attach plastic to fabric to create garments they wear in their annual “Trashion Show”.