UAE to roll over $2bn loan to Pakistan 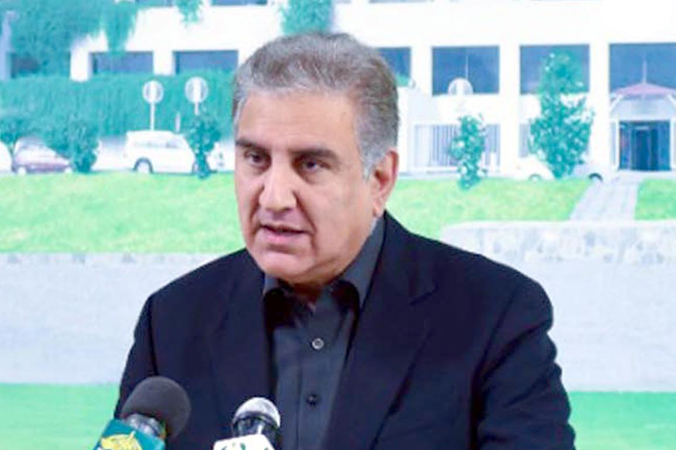 The United Arab Emirates (UAE) has decided to roll over a $2 billion loan to Pakistan, the country’s Foreign Minister Sheikh Abdullah bin Zayed Al Nahyan told Foreign Minister Shah Mahmood Qureshi in a meeting, the Foreign Office said in a statement on Tuesday.

During the meeting, Nahyan also affirmed UAE’s commitment to ‘extend every possible support to Pakistan’. Qureshi thanked Nahyan for the decision, saying it “reflected the warm and brotherly ties” between the two countries.

In a separate statement, Foreign Office spokesperson Zahid Hafeez Chaudhri said the UAE’s decision was “yet another manifestation of the close cooperative relations between the two countries”. “We greatly appreciate the UAE’s continued support and cooperation,” he added.

Qureshi and his UAE counterpart held detailed discussions on Monday evening after the delegation-level talks during the foreign minister’s three-day visit to the Gulf state.

Separately, Foreign Minister Shah Mehmood Qureshi on Tuesday said that dialogue between Pakistan and India would only take place if the situation in Indian Illegally Occupied Jammu and Kashmir (IIOJK) improves. “Kashmir is not bilateral; rather an internationally recognised issue as there are numerous UN Security Council resolutions on it,” he said in an interview with Khaleej Times.

The foreign minister added that if India and Pakistan want lasting peace in South Asia, they would have to discuss the IIOJK issue to find a resolution according to the aspirations of the Kashmiri people, as the issue cannot be put on the back burner.

Qureshi maintained that Pakistan was comfortable with the role the UAE can play to improve relations between India and Pakistan. “We want to move ahead, but in order to get there, India, which is responsible for vitiating the environment will have to create a conducive and enabling environment, for the dialogue to take place,” he added.

Qureshi said Pakistan would appreciate anyone and everyone including UAE to play a positive and constructive role, but the initiative will have to be indigenous. “There have been some positive developments, as India says it wants to see a peaceful Afghanistan and region but Kashmiris on both sides of the Line of Control are suffering from unprovoked firing by India,” he added.

The foreign minister said he was in the UAE to also discuss the evolving regional situation and the developments taking place in Afghanistan. “Pakistan desires a peaceful, democratic and stable Afghanistan, but for that, the peace process has to be taken forward by the people of Afghanistan,” he added.

Later in the day, Foreign Minister reached the Iranian capital of Tehran on a three-day official visit. According to a statement issued by the ministry of foreign affairs (MOFA), Qureshi was welcomed by adviser to the Iranian foreign minister as well as the director-general of the Iranian foreign ministry. During his visit, Qureshi will meet President of Iran Hassan Rouhani, Iranian Foreign Minister Javad Zarif and Speaker of Parliament Mohammad Bagher Ghalibaf. The foreign minister will also visit the city of Mashhad. As per the statement, during the delegation-level talks, the two foreign ministers would review bilateral relations with a view to further deepening cooperation in diverse fields. The two sides will discuss the regional security situation, including the latest developments in the Afghan peace process and the Jammu & Kashmir dispute. They will also deliberate on strengthening regional cooperation under the umbrella of the Economic Cooperation Organisation (ECO). Foreign Minister Qureshi’s visit to Iran is part of regular high-level exchanges between the two countries. Foreign Minister Zarif visited Pakistan in November 2020 upon the invitation of Foreign Minister Qureshi, while the two foreign ministers met on March 30, 2021, on the sidelines of the 9th session of Heart of Asia-Istanbul Process Ministerial Conference in Dushanbe, Tajikistan.