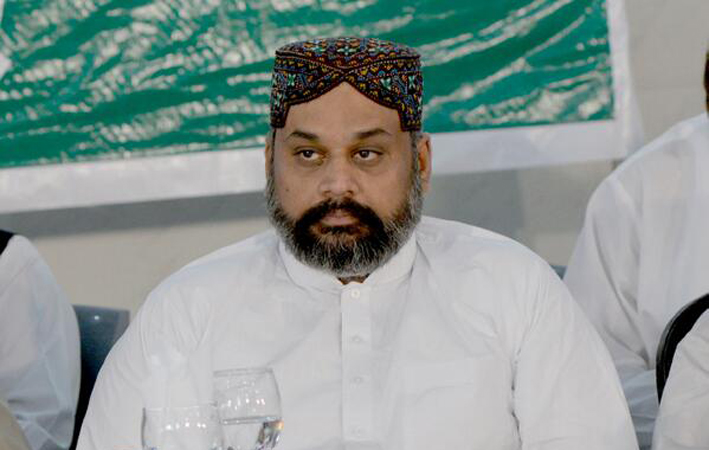 Banned Tehreek-e-Labbaik Pakistan (TLP) on Tuesday evening announced to end Lahore sit-in and all other protests across the country after successful talks with the federal government, a private TV channel reported.

Talks between the government and the banned Tehreek-e-Labbaik Pakistan (TLP) remained successful on Tuesday after Interior Minister Sheikh Rasheed announced the government would present a resolution in the National Assembly seeking the expulsion of French envoy and withdraw cases against the members of the banned religious party. A government delegation, comprising the interior minister, Minister for Religious Affairs Dr Noorul Haq Qadri, SAPM Tahir Ashrafi, Governor Punjab Mohammad Sarwar and Punjab Law Minister Raja Basharat, held talks with the members of the proscribed organisation in Lahore.

Chairman of Sunni Ittehad Council (SIC) Sahibzada Hamid Raza said that he mediated between the government’s committee and the TLP for dialogue and reaching to an agreement. The government and the proscribed TLP have agreed to bring a resolution in the National Assembly, Hamid Raza said while talking to media. “The two sides agreed for release of all those arrested under the Maintenance of Public Order (MPO) 16,” he said. “Facts about the people nominated in FIRs will be scrutinized and people booked in cases will legally get bails from courts,” he added. The chief of proscribed TLP, Saad Rizvi, was reportedly released from custody on Tuesday. A party spokesperson confirmed the release if Rizvi. However, the government has not yet confirmed the development.

Earlier in the day, Interior Minister Sheikh Rashid announced that after a successful round of negotiations, the TLP has agreed to end its protest across the country after the government agreed to table a resolution regarding the expulsion of the French ambassador in the National Assembly. “After detailed discussions with TLP it has been agreed that the government will table the resolution in the National Assembly,” said the interior minister in a video message. He further said that according to the agreement, TLP will end its protests across the country including at Jamia Masjid Rehmatul-lil-Aalamin. “Cases registered against TLP supporters under the fourth schedule will also be dismissed and further rounds of talks will take place,” the minister had added. Special representative to Prime Minister on Religious Harmony and Middle East Hafiz Tahir Mehmood Ashrafi on Tuesday said success of talks between the government and TLP has triggered a sense of despondency among the inimical forces wanted to fan hatred and chaos in country. He said parliament’s decision regarding French ambassador as well as blasphemous sketches would be implemented. He said country’s foreign policy cannot be devised at the will of any group, party or faction and the relevant forum for foreign policy would do its job.

The special representative said the extremist and terrorist elements as well as anti-Pakistan forces wanted to create chaos and massacre in the country. He urged patriotic political and religious forces to play a positive role in eradicating chaos and riots.