* In second place is Lake District's Windermere and York is in third place, with Tsilivi in Zakynthos top for trips abroad 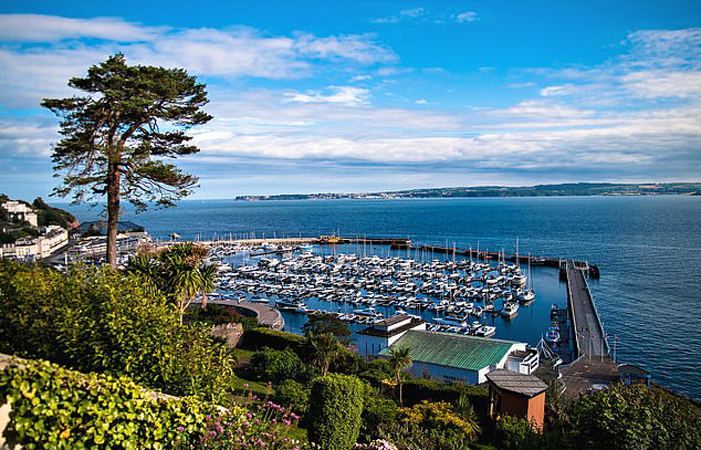 With lockdown restrictions beginning to lift, travel is on everyone’s minds again – albeit largely domestically for the time being.

Tripadvisor site data shows that the number of travellers in the UK searching for British staycations this month has increased by 384 per cent compared with the first week of January – and it’s Torquay that has seen the biggest year-on-year increase in searches.

In second place is the Lake District’s Windermere and York is in third place, with Tsilivi in Zakynthos top for trips abroad.

Tripadvisor reveals that searches for experiences by UK travellers this month increased by 128 percent compared with the first week of January and restaurant searches are up 100 percent.

According to a recent Tripadvisor survey, almost half of Britons are planning to travel this summer, rising to 50 percent and 51 percent respectively when looking at Gen Z and Millennials.

And they’re apparently going to feast on travel opportunities.

Almost half plan to make up for lost time by taking two or more holidays, while one in eight plan to take at least three.

For Britons heading to Torquay this summer, the most popular thing to do, according to bookings on Tripadvisor, is a gin-making experience at The Gin Nest, where you will be guided in the art of distilling your own craft gin using a traditional copper pot.

The rest of the top 10 domestic trending destinations comprises Newquay, Bath; Whitby; Bowness-on-Windermere, Brighton, Portree on the Isle of Skye and Bournemouth.

Internationally, Greece is trending heavily as six of the top ten spots for Tripadvisor clicks from UK travellers are Greek destinations.

The site acknowledges that this is possibly owing to the fact that Greece has recently been vocal about its hopes to reopen its doors to tourists in mid-May, providing that they have been vaccinated, have antibodies or can provide a negative Covid test.

For Britons planning to head to Tsilivi this summer, the most popular thing to do, according to bookings on Tripadvisor, is a tour of the island that includes a visit to the famous Shipwreck Beach.

Tripadvisor says: ‘On this once-in-a-lifetime experience you will get to see the beautiful cove that is only accessible by boat. The beach got its name after a ship crashed onto the shore in 1980 – and it’s still there today. You’ll also ride a glass-bottom boat out to the island’s famous Blue Caves and have a chance to swim in Xigia Beach’s sulphur-rich, spa-like waters.’