‘We Broke Up’ — breaking up is hard to watch 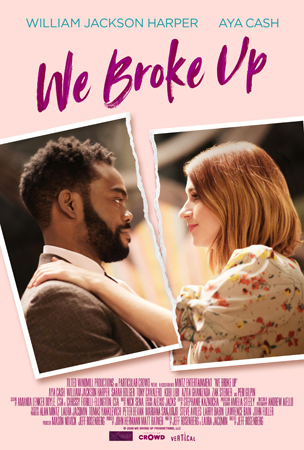 When the melancholic romantic comedy “We Broke Up” opens, Lori and Doug have been a couple for 10 years. They live together, they still laugh at each other’s jokes. But when Doug asks Lori to marry him, she throws up on the spot. This is the beginning of their end as a couple. The problem for this pair – besides their suddenly strained communication, their differing expectations for a long-term future and the fact that their stable relationship has now reached its breaking point – is the timing of this heartbreak. Lori’s sister Bea is getting married in a few days and both Lori and Doug are included in the wedding party. The pair agree to attend the wedding and keep their separation a secret from family and friends. The director Jeff Rosenberg tries to maintain a balance between the comedic shenanigans of bachelorette games and rehearsal dinners and the pain of breaking up. But secondary characters, like Lori’s family members or the fellow wedding attendees, are sketched in a way that leaves them overly broad.