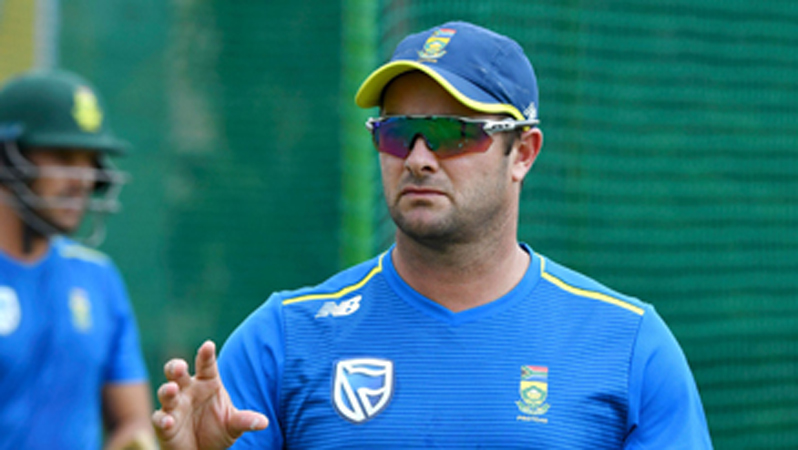 CENTURION: Head coach Mark Boucher has accepted “a massive amount of responsibility,” for South Africa losing eight out of their 11 series in his time in charge so far but believes the national men’s team is “on the right path.” Speaking after their 1-3 defeat to Pakistan in the recently concluded T20I series, their second against this opposition in this format this year, Boucher cautioned against knee-jerk reactions to South Africa’s poor form, which has seen them win only one trophy out of a possible six this summer. “I take a massive amount of responsibility and I should. I don’t shy away from it,” Boucher said. “I am hurt, I am extremely hurt at the moment, as is the rest of the management and coaching staff. We put a lot of hard work and effort into this. But there’s no panic from me yet because I do understand that we have been given some trying circumstances over the last period of time and we will continue to put in hard work.”

South Africa were without a core group of players for both T20I series against Pakistan for reasons beyond Boucher or anyone else in the support staff’s control. In Pakistan, South Africa had to send home members of their Test squad before the T20Is in anticipation of home Tests against Australia, which did not happen. Then, against Pakistan at home, South Africa were without five players who departed for the IPL, based on an agreement between CSA and the BCCI, and captain Temba Bavuma missed the entire series with a hamstring injury. “I am not going to make excuses,” Boucher said. “We’ve still got to try and win with whichever players we put on the park but it has been tough.”

Despite that, Boucher was able to see a silver lining. “There have been a lot of positives. With the opportunities that have been given, a couple of guys have come through with flying colours,” he said. “It’s given us a better view of what our depth is like, so I’ve got a fair idea of a larger squad we can look at.” Now, Boucher hopes to use the winter – which will include a yet-to-be-confirmed tour to the West Indies consisting of two Tests and five T20Is (rescheduled from last year), a white-ball visit to Ireland and a possible trip to Sri Lanka ahead of the T20 World Cup – to distill the bigger group into its strongest components with a focus on major tournaments.

“We have to get our squad back together, get all of our players fit and available to play. We always earmarked the West Indian trip as being when our full squad needs to be together,” Boucher said. “Going forward now we need to start looking at the World Cups and start building on a formula we want to play. It’s a matter of getting all the guys together and getting them used to each other and hopefully used to winning a couple of games together.” He acknowledged that South Africa’s results have not been good enough: “I am a guy who wants to win and we haven’t won series which is frustrating for me, the coaching staff and no doubt the public,” he said.

Asked if he feels pressure from the mounting scrutiny of his time in charge, which now stands at 18 months with more than two years still to go, Boucher said he trusts in the plans he has put in place. “We’ve stuck to our guns with what we believe is the right way to go about the set-up. We’ve spoken to the players. The players were the ones who originally actually came up with the way that they want to play which is a very nice position for us to be in and we are just going to try and guide them in that direction,” he said. “As I said from the start, there’s a lot of hard work to be done and we are still working very hard in all aspects of our game as well. The pressure is going to be there no matter what. When you get to this level in international sport, you must expect the pressure. If you can’t handle it, then you need to get out of the kitchen. We understand that the public wants to win. We are sticking to our guns.” For now, that means that South Africa are not seeing the next two months as an off season, but a period in which they have to properly prepare themselves for the challenges of the season to come. “I don’t see this little break that we have as any sort of off season. It’s another opportunity for us to get stuck in and really upskill ourselves and get to where we need to be,” Boucher said.