Quartararo bolts to victory in Portugal, Marquez seventh on return

LISBON: Yamaha’s Fabio Quartararo claimed a second consecutive MotoGP victory after leading almost from start to finish at the Portuguese Grand Prix on Sunday as six-times world champion Marc Marquez finished seventh in his first race in nine months. The result ensured Quartararo, who also won in Doha two weeks ago, opened up a 15 points lead at the top of the championship standings after three rounds. Starting on pole position, Quartararo made a sluggish start to slip to fourth place on the opening corner but recovered to take the lead with 17 laps remaining and never looked back. “It will be a great celebration for my birthday in two days,” Quartararo, who turns 22 on Tuesday, said. “We did an amazing job. Yesterday we were P1 all day and again today.” “I was riding well, riding easy and still maintaining the gap at the front. Now we know what we need to work on to go fast.”

Ducati’s Francesco Bagnaia, who was denied pole position due to a yellow flag infringement in qualifying, rode a clinical race to finish second and Suzuki’s reigning world champion Joan Mir took third to clinch his first podium of the season. Repsol Honda’s Marquez, who was on the grid for the first time since fracturing his upper arm at the Spanish Grand Prix in July, clashed with Mir in the early stages at the Portimao Circuit. Both riders were lucky to stay mounted when Marquez touched the rear of Mir’s Suzuki, with Quartararo capitalising to move back in contention for the lead. Quartararo battled past Alex Rins to take the lead and his afternoon was made easier when the Suzuki rider crashed out. Pramac Racing’s Johann Zarco, who provisionally moved up to second, also had his race ended on lap 20 when he crashed at Turn 10 as Quartararo came under no threat on his way to the chequered flag. The championship will resume at next month’s Spanish Grand Prix in Jerez — the track which saw Quartararo claim back-to-back race wins at the start of last season. 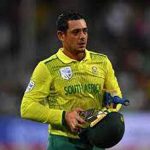 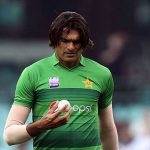