ISLAMABAD: Pakistan’s Prime Minister Nawaz Sharif and President Ashraf Ghani have agreed to revive the Quadrilateral Coordination Group (QCG) of Afghanistan, China, Pakistan and the US, for promotion of peace and security, the Foreign Ministry said.

The prime minister and the Afghan president met in Astana, Kazakhstan, on the sidelines of Shanghai Cooperation Organisation Summit that was seen as an ice-breaking meeting in view of the tense relationship.

The QCG had been almost dysfunctional since a US drone strike killed the Afghan Taliban Chief Mullah Akhtar Mansour in May last year just three days after the member countries met in Islamabad to discuss peaceful solution to the Afghan problem. However, the killing of the Taliban chief had not only badly affected the QCG process but also had negative impact on efforts to encourage the Taliban come to the negotiations table.

In a positive development the Pakistani and Afghan leaders “agreed to use QCG to promote peace and reconciliation in Afghanistan,” the Foreign Ministry said in Islamabad.

“The two leaders agreed to use QCG mechanism as well as bilateral channels to undertake specific actions against terror groups and to evolve, through mutual consultations, a mechanism to monitor and verify such actions,” it said.

The prime minister stressed the importance of reconciliation and a politically negotiated settlement as the best solution to the Afghan conflict. In this context, he highlighted the serious efforts undertaken by Pakistan for facilitating an Afghan-owned and Afghan-led process.

Prime Minister Nawaz joined President Ghani in condemning the recent terror attacks, especially the wave of violence in Kabul following a truck bomber in center of the city last week resulting in loss of life and injury of hundreds of people.

He stated that Pakistan remains committed to peace and stability in Afghanistan. Pakistan’s efforts for peace, stability and economic progress of Afghanistan are a matter of its commitment to the brotherly people of Afghanistan, millions of who have been hosted in Pakistan for past 37 years. 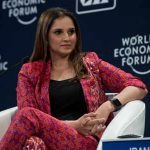 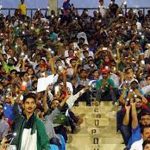 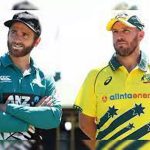