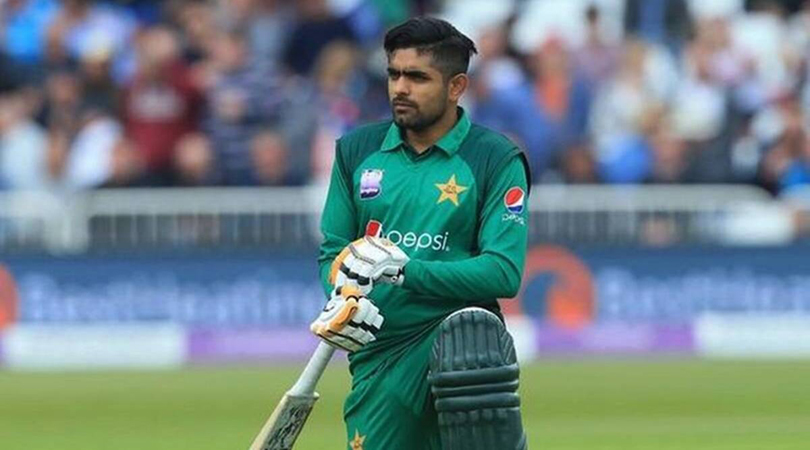 LAHORE: It might have hung in the balance for longer than was necessary, but that made Pakistan’s T20I series win in South Africa all the more pleasing for captain Babar Azam. When Mohammad Nawaz smacked a six to square leg with two balls to go, it sealed for Pakistan a rare double –– ODI and T20I series wins in South Africa. “I’m very happy with how the team performed,” Azam said after the game. “It was a complete team effort rather than a one-man show. The way we started the one-day series was testament to that. The way Fakhar Zaman performed stood out obviously, but I think we should pay credit to the bowlers, too. This might have been a batsman-friendly series, but overall, the bowlers did a decent job. The only thing missing was early wickets up top, but the way we kept coming back was outstanding, and you have to credit the bowlers for that. There are some mistakes that we need to rectify, but day by day when you keep working on your flaws, your results invariably improve.”

The 3-1 scoreline may look commanding, but Azam admitted there was still work to do on certain aspects of Pakistan’s game. This looked like the most one-sided contest of the tour half an hour before the finish, with Pakistan having racked up 92 runs in the first nine overs for the loss of just one wicket, needing just 53 in the final eleven. What should have been a cakewalk, though, turned into a scrap once Zaman and Azam fell in quick succession. The next six wickets fell for 37 runs as Pakistan’s middle order crumpled in the face of pressure, and a game that should have been wrapped up long before time headed into the final few deliveries. Azam defended the middle order from criticism, though, saying quick wickets changed the game’s dynamics instantly.

“We were disappointed when so many set batsmen got out, which put pressure on the middle order. Lots of wickets fell, and we just needed some partnerships, which unfortunately didn’t happen. Throughout, the match went well, the bowlers were in control, and we kept then under control in the powerplay and restricted them at the end to just 144. We’ll get a lot of confidence. When you win a series against South Africa in South Africa, that gives you a boost. We’ll have to learn where we made mistakes and what we need to work on. We need to give everyone confidence. Not everyone performs, but what we need to do is capitalise on form. Now we have to go to Zimbabwe and then the [T20] World Cup, so the preparation is in full swing. We’re looking to get everything finalised by the World Cup.”

Pakistan’s win in South Africa has no doubt bucked a historical trend, but it didn’t escape anyone’s notice that South Africa had to front up without most of their frontline options. Five players are currently in India with their IPL franchises, while the hosts were beset with injuries to a handful of others, with Temba Bavuma ruled out of the T20I leg and Rassie van der Dussen only fit for the final two games.