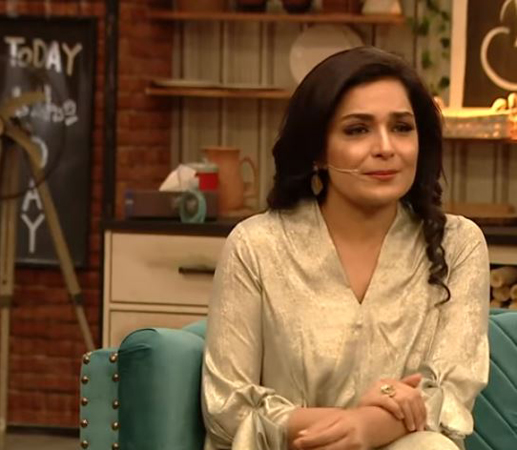 Ahsan Khan is very talented actor and host who has made his name in the industry with continuous struggles and some back to back hit projects.

The actor has started hosting a talk show in 2019. The show format stirred and ignited many controversies. Many things came to light after his show. The Mohsin Abbas controversy started from that show when he asked the singer about personal life and second marriage.

In same show, he asked Mohib Mirza to open up on his divorce, which Mohib confirmed as well. He interrogated many actors about Mahira and Firdous Jamal controversy.

In recent episode, he asked Meera to tell about her scandals. Meera talked about two of her scandals. When Meera was telling about her marriage scandal, Ahsan also gave a sarcastic expression.

Netizens said that Meera handled such difficult question with confidence, also she did right to refute her scandals completely.