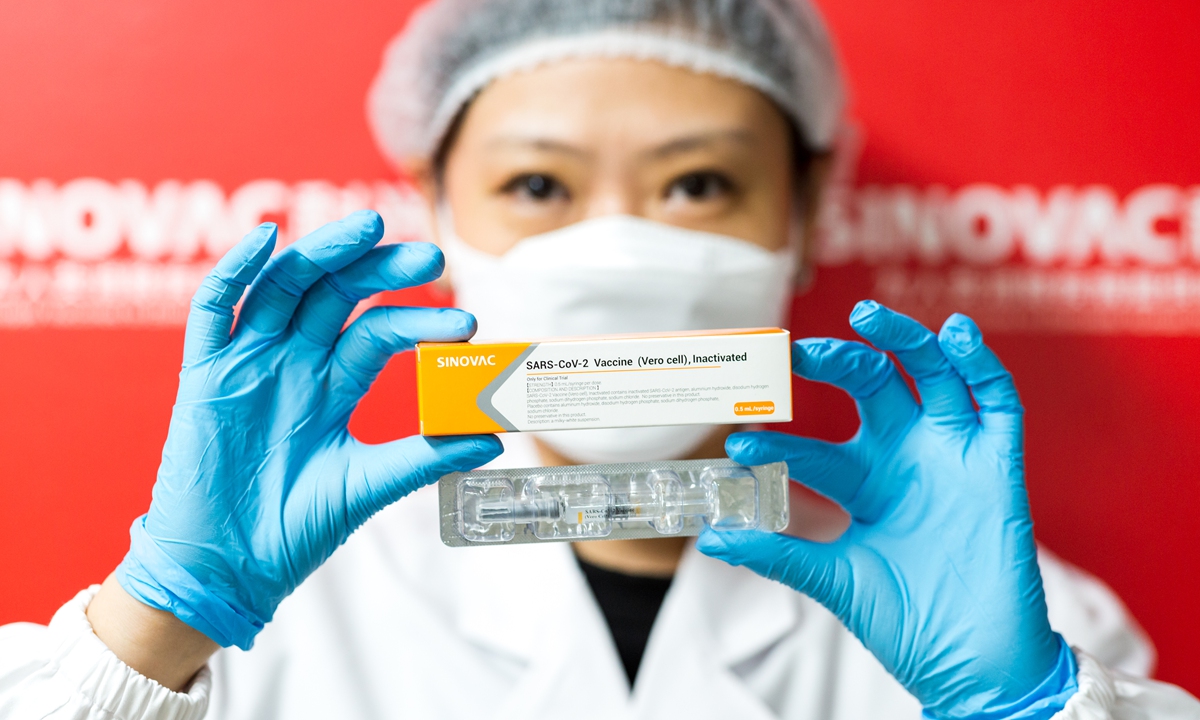 In the middle of the third wave of coronavirus and record high cases, Drug Regulatory Authority of Pakistan (DRAP) has granted Emergency Use Authorization (EUA) of another Chinese vaccine, CoronaVac.

CoronaVac would be the third Chinese and fifth overall vaccine that is being used in Pakistan currently.

Pakistan had earlier granted emergency use of the two-dose SinoPharm and the single dose Convidencia developed by CanSino Biologicals Inc, in China. DARP has also approved the usage of UK’s AstraZeneca and the Russian Sputnik V.

According to sources, CoronaVac was approved by health authorities to tackle the third wave of coronavirus, despite the vaccine having low efficacy.

“DRAP’s registration board in its 304th meeting on Thursday gave Emergency Use Authorisation (EUA) to CoronaVac vaccine, developed by the Sinovac Life Sciences Company Ltd., based in Beijing, China.”, DARP official said.

Pakistan currently has two Chinese and one Russian vaccine in use for public and private sectors. The country expects the AstraZeneca vaccine under the COVAX program but has not received its share due to supply constraints.

The national tally of total active Covid-19 cases was recorded at 66,994 as 5,329 more people tested positive for the deadly virus on Thursday, the highest number of single day cases since June last year.

Ninety-eight patients died on Thursday, 90 of whom were under treatment in hospitals and eight in their respective quarantines or homes, according to the latest update issued by the National Command and Operation Centre (NCOC). Most of the deaths occurred in Punjab, followed by Khyber Pakhtunkhwa.