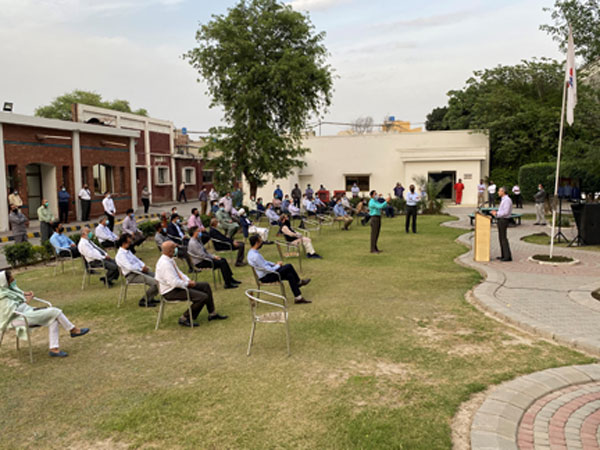 Descon Engineering held a ceremony in memory of late Mansoor Rashid at its headquarters. The ceremony was attended by the Descon family and concluded with a prayer for the departed soul. The Chairman of Descon, Taimoor Dawood also delivered a speech to remember Mansoor Rashid.

Mansoor Rashid’s journey at Descon began in 1982 when he joined as a young engineer. From there he worked up to the level of General Manager. He left in 2006 and joined back in 2011 as the Head of Qatar Business. After returning from Qatar in 2014 he served at Descon Head Office as the Chief Operating Officer till 2016.

Addressing at the ceremony, Chairman Descon, Taimoor Dawood said, “We are extremely saddened by the passing of Mansoor Rashid. Over nearly 28 years of service at Descon, Mansoor led the company with great dedication and expertise, first as a General Manager and then as the Chief Operating Officer. His spirit will forever be with Descon. On behalf of the entire Descon team, we extend condolences and prayers to his family”. With 28 years of service, Mansoor’s proficiency and dedication were an asset to the company. Descon will continue the legacy of Mansoor Rashid while remembering his years of service.