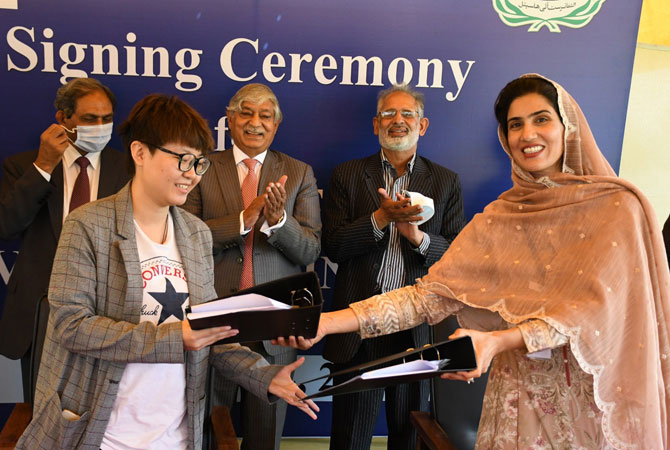 Final trials of coronavirus vaccine developed by Chinese multinational Anhui Zhifei Longcom Biopharmaceutical Co Ltd has been initiated at the Al-Shifa Trust Eye Hospital, after which it will be made available to the public across Pakistan.

The vaccine has already been approved by the government of China, while trials have started at Al-Shifa after Drug Regulatory Authority of Pakistan (DRAP) recommended its Rawalpindi facility for the purpose. After successful completion of phase 1 and phase 2 of the trials, the third and final phase was launched on Tuesday after the signing of an agreement between Al-Shifa Trust and the Chinese company.

According to the agreement, Zhifei Longcom will be responsible for providing investigational drug and clinical material which meets the requirements while supervising and managing the trial process. For the purpose, a state-of-the-art Clinical Research Unit has already been established at Al-Shifa Trust Eye Hospital and trials will be completed in three months with the help of 1,000 volunteers.

Speaking at the occasion, the President of the trust, Major General (r) Rehmat Khan said that it is an honour for the trust that it has been selected for the vaccine trial by DRAP. He said that there is an urgent demand for vaccine globally as well as in Pakistan therefore all the cooperation is being extended to the Chinese company.

He said it is the fifth vaccine approved in China; it is totally safe and also undergoing the last phase of trials in Uzbekistan and Indonesia and other countries. He said that the vaccine is similar to many of the other approved vaccines, it is effective, and it can be stored at normal refrigeration temperatures.

Major General (r) Rehmat also lauded the selflessness of volunteers who have offered for the national and humanitarian cause. He hoped that the vaccination process in Pakistan will be accelerated after the successful completion of the trials of new vaccine.