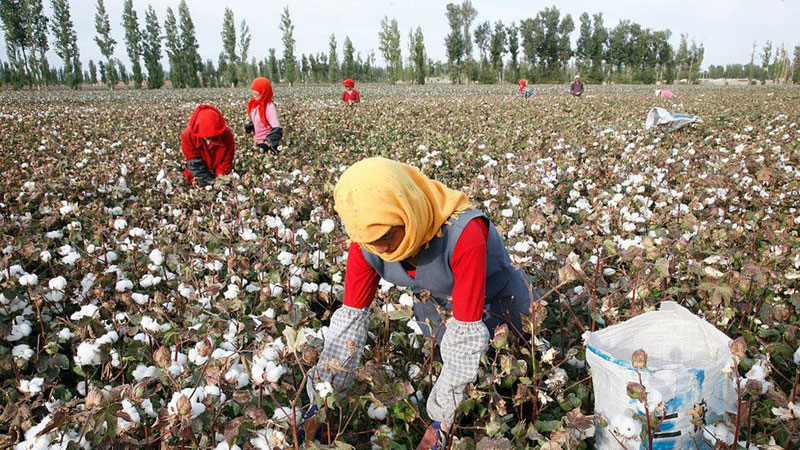 Pakistan cotton export and import bodies have announced to continue cotton trade with China especially from Xinjiang, dismissing all accusations and sanctions imposed by the western countries.

According to China Economic Net (CEN), they took crystal-clear stance that Xinjiang cotton industry is not stigmatized at all by human right abuses and forced labour rather the move is politically-motivated.

Pakistan Textile Exporter Association (PTEA) Chairman Muhammad Ahmed in an interview to CEN said that Pakistan traders characterize Xinjiang cotton boycott reprehensible. “We have nothing to do with western campaign hell-bent to play Xinjiang cotton card to eclipse China image under the pretext of concocted accusation of human rights,” he asserted. Pakistan’s import trade with China, he said, will remain unhurt as traders are not going to succumb to any pressure. “Pakistani importers have conspicuous understanding that Xinjiang cotton industry meets all standards and parameters set by Word Trade Organization (WTO) related to working conditions in industries. It is beyond comprehension that neither World Trade Organization (WTO) nor United National (UN) raised any eyebrows over the working qualities in Xinjiang cotton growth and production practices,” he revealed, and added that satisfaction of WTO and UN are enough to substantiate that EU, US, UK and Canada have their own ulterior motives to serve their trade agenda and political designs.

Punjab Trader Association (PTA) President Asim Hussain said that under CPFTA phase I and phase II, spillover of incentives on export and import with China, Pakistani is the main beneficiary. “Since Pakistan-China trade scenario has been deepened and broadened recently especially under CPEC framework, cotton trade with China is up and running smoothly,” he mentioned. “With the products of Chinese cotton including Xinjiang from which Pakistan imports cotton, Pakistani traders are in a position to meet the deadlines of fulfilling international contracts secured from Nike, Addidas, Zara and other global brands,” he said.