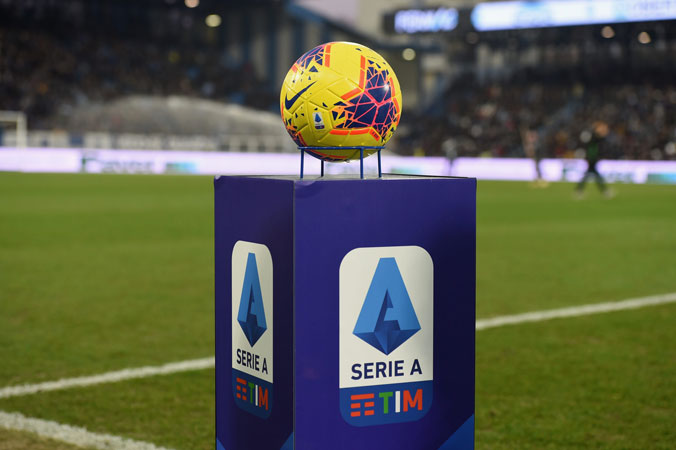 ROME: Easter Sunday will be extra special for Inter Milan this year as it follows what may well be remembered as the day they sealed their first Serie A title in 11 years. Inter stretched their winning run to nine matches against Bologna while their biggest title rivals, AC Milan and Juventus, dropped points with draws against Sampdoria and Torino on an action-packed Saturday in Italy. Those results left Antonio Conte’s side eight points clear on top, a gap that could be stretched to 11 points with a game in hand to come against Sassuolo on Wednesday. The Italian press were left in little doubt that the Nerazzurri are set to end Juve’s nine-year stranglehold of the Serie A title and claim their first ‘Scudetto’ since 2010. “They won’t catch you now”, read a Corriere dello Sport headline. “Inter, you’re there: inside your Easter egg, the Scudetto,” said Gazzetta dello Sport. La Stampa described the title as being “a step away”.

Record-breaking run: As the headlines suggest, it’s difficult to see anyone catching an Inter side that has won nine consecutive league matches for the first time since 2007. Conte’s team took until Week 22 of the season to supplant rivals Milan in first place, but since then the gap has steadily increased as they scored 21 goals and conceded three in their nine-match streak. The Nerazzurri have taken full advantage of the extra preparation time they’ve had over their rivals competing in European competitions, a result of their disappointing group stage Champions League exit in December. But Conte responded to claims that it is now Inter’s title to lose in the expected manner. “There are 10 games to go worth 30 points, so nothing is done yet. We’ve done well up to now, but it’s still not enough,” he told Inter TV.

Top four focus: Inter’s title hopes have been helped by the faltering form of the two teams that previously looked like their most credible rivals: Milan and Juventus. Both sides came from behind to earn draws on Saturday, leaving Milan with two wins in their last five league games and Juve with one point from matches against relegation battlers Benevento and Torino. After carelessly spilling points, questions have started to be asked about whether the two storied clubs will even achieve a top four finish and Champions League qualification. Wins for Atalanta, Napoli and Lazio on Saturday reduced the gap between Milan in second and Lazio in sixth to eight points, which could be cut to five if the Romans win their game in hand against Torino. Atalanta’s win over Udinese saw them leapfrog Juve into third place, and Andrea Pirlo’s side will drop out of the top four altogether if they lose to Napoli on Wednesday. Failing to qualify for the Champions League would be unthinkable for a Juve side that has won the last nine Italian titles, but it is by no means an unrealistic proposition as a thrilling season enters its final stretch.