Sabar Qamar announces to call off her wedding with Azeem Khan 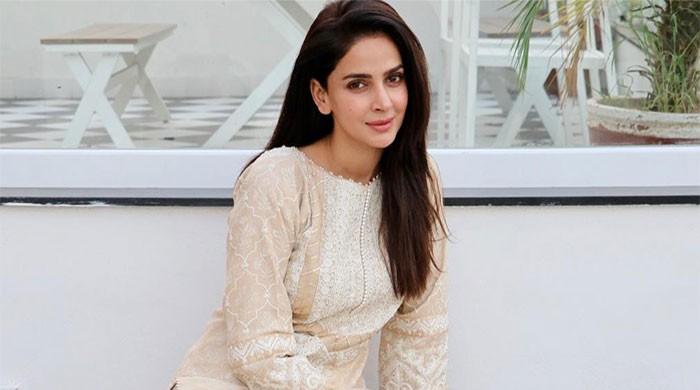 Actress Saba Qamar announced that she is no longer tying a knot with Azeem Khan. The actress took it to Instagram to make an announcement.

The Baaghi star who recently broke the internet with the news of getting married, said that she has called off the marriage due to personal reasons.

In an Instagram post she said “Hi everyone! I have a very important announcement to make, due to a lot of personal reasons I have decided to call it off with Azeem Khan.”

“WE ARE NOT GETTING MARRIED NOW. Hope you guys will support my decision just like you all have been supporting me always, and I guess it’s never too late to realise the bitter realities!” she stressed.

She also said that she never met Azeem Khan in person and were only connected over the phone.

“I also wanted to clear ONE IMPORTANT thing that is: ‘I have never Met Azeem Khan in my life we were only connected over the phone”, the actress further clarified. 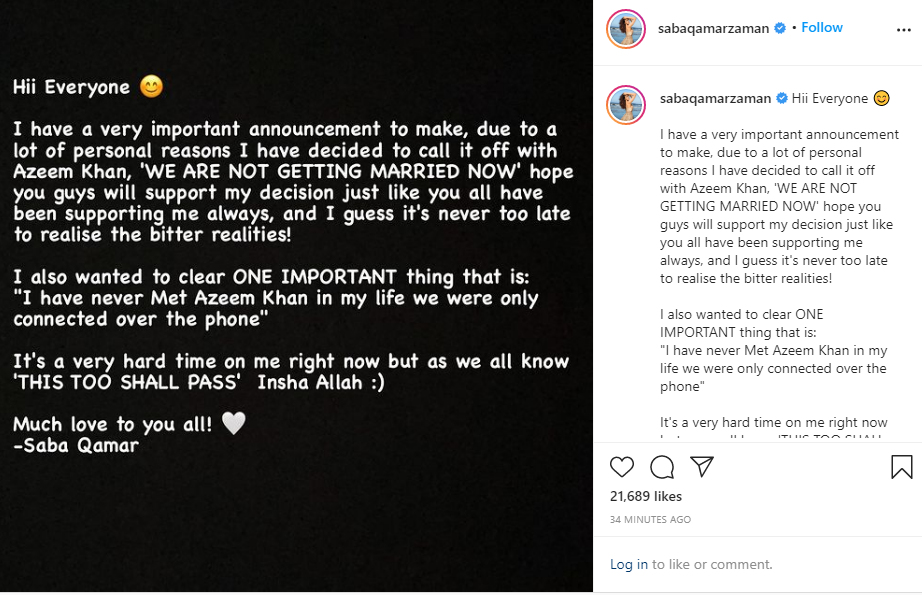 “It’s a very hard time on me right now but as we all know ‘THIS TOO SHALL PASS’ Insha Allah 🙂 Much love to you all! -Saba Qamar,” she concluded.

The celebrated actress earlier said that “Yes, I have found the person I’d like to settle down with. If everything goes well, I will be tying the knot very soon.” also shared that she had, indeed, found “someone who I got along with and was able to convince me otherwise.”

Azeem Khan is an Australian-Pakistani entrepreneur who is based in Sydney right now.

“I know it’s a little sudden and premature right now but all I want my fans and followers to do is pray for my better life and wellbeing,” urged Saba Qamar.