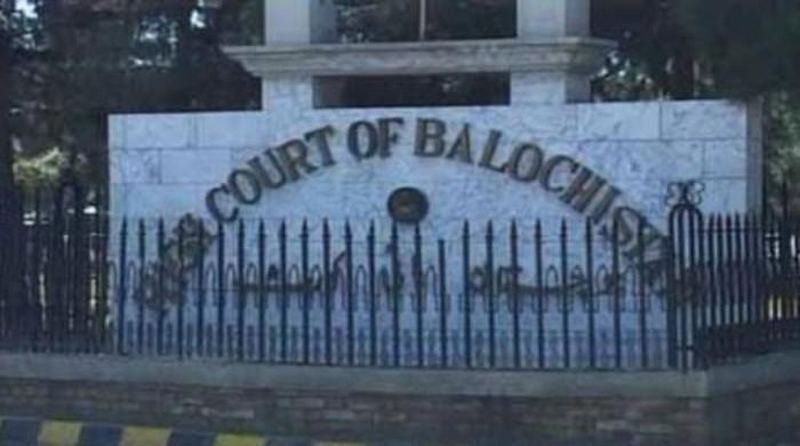 Migratory birds are among the most powerful symbols of the need to protect biodiversity and ecosystems across and beyond national borders for which Balochistan High Court (BHC) has issued directives to law enforcement authorities and revenue department to take measures for protection of migratory birds from hunting and recovery of state forest land from encroachers in the province.

Appearing before the bench in response to the petition over the issue of environmental protection, Additional Attorney General for Pakistan Zahoor Ahmed Baloch and Chief Conservator Forest Abdul Jabbar referred to a notification issued back in 1890 regarding declaration of state forest.

The bench was apprised that a survey of Pakistan was requested for demarcation of state forests resulting in demand of Rs.148 million for the finance department government of Balochistan.

According to their version, the notified area of Shaban (Northern and Central Zarghoon) in District Harnai and district Quetta has been transferred to some private individuals illegally. They sought the court directions to the settlement officers and revenue authorities saying such directives may lead to the preservation of only forests situated in Quetta and Harnai.

Terming such illegal allotments to private persons and failure of preservation of forests on the basis of recommendations made by Chief Conservator Forest (CCF), the bench asked Secretary Forest and wildlife department and the CCF (North and South) to convene a meeting with senior member board of revenue regarding the desired rectification of the record. The bench also directed district executive machinery of the province to cooperate with the forest and wildlife department accordingly.

During the course of proceedings, director general Mines and Minerals submitted a list of licenses and leases issued pertaining to the forest land and assured the court that strict action will be followed in accordance with the law.

Chief Conservator Forest further pointed towards the ruthless hunting of migratory birds and markhor in the hands of locals, especially in March and April stating its reasons for lack of human resources of the wildlife department and inefficient cooperation with the law enforcement agencies.

To which the bench issued directives to district administration authorities to take care of this matter side by side with the earlier issue whereas the bench also directed Frontier Corps to take strict measures against transportation of hunted migratory birds from the province.

The bench also issued directives to Inspector general FC(North & South), the secretary Forest and Wildlife, Secretary and DG Mines and mineral department, DG environmental protection agency and other relevant authorities for proper compliance in the matter. Later, seeking a comprehensive report from the Additional Attorney General in the case the bench adjourned hearing of the matter for April 13.