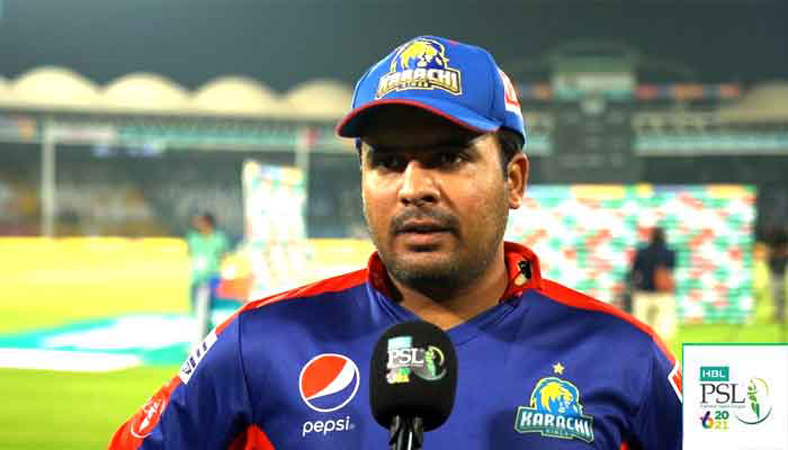 LAHORE: Pakistan opener Sharjeel Khan has said that he is religiously following the fitness plan given by the team management. While speaking in a virtual press conference on Tuesday, the left-hander opener said his match fitness was up to the mark as he played the entire domestic season. “There is no major issue regarding my fitness as I have been playing the entire domestic season. I have played eight first-class matches, 11 T20s, five Pakistan Super League games and seven one-days in Pakistan Cup. I have not left any match because of my fitness. Every player has different level of fitness and has a different requirement of fitness,” Sharjeel said. He added he was trying to meet the required level of fitness. “I’m running 15 km per day. There is no added pressure of fitness on me. Apart from fitness, I am also working on improving my skills,” he maintained.

It is pertinent to mention that Sharjeel, who played 25 ODIs, 15 T20Is, and one Test, was at one point Pakistan’s best opener in the T20 and ODI format, drawing comparisons with Sri Lanka legend Sanath Jayasuriya for his aggressive batting style, however, his fixing shenanigans during PSL II pushed him out of contention for a good few years. However, the 31-year-old is back to his clean-hitting ways now and also has a clean-chit for his part in 2017 PSL fixing scandal. According to a report, Sharjeel has been given April 9 as a deadline to improve his fitness before Pakistan take on South Africa in the first T20I on April 10 in Johannesburg.

Sharjeel’s return to the squad has become a point of contention between the team management and chief selector Mohammad Wasim. While announcing the squad, Wasim seemed to loosen the criteria somewhat for fitness standards, by suggesting they would become less stringent to make room for more skillful players. But the current management, led by head coach Misbahul Haq, is unwilling to compromise and though the ways in which fitness is measured may be simplified, the parameters in terms of selection will remain the same. Babar Azam, the Pakistan captain, has backed the return of the opening batsman, though he acknowledged that his fitness levels were ‘not great’. He insisted, however, that Sharjeel remains a match-winner and that there is work being done on his fitness to make him a workable option going forward as his weight –– said to be close to 110 kg –– has come under scrutiny. The current management is willing to work with Sharjeel and expect him to return to at least the fitness levels that he was operating at in 2017. The task given to him involves a customised dietary plan, alongside personalised training drills with the trainer.