* MQM-P, PML-Q and BAP assure prime minister of all-out support over vote of confidence
* Fazl says exercise carries no value as no member of PDM will participate in NA session 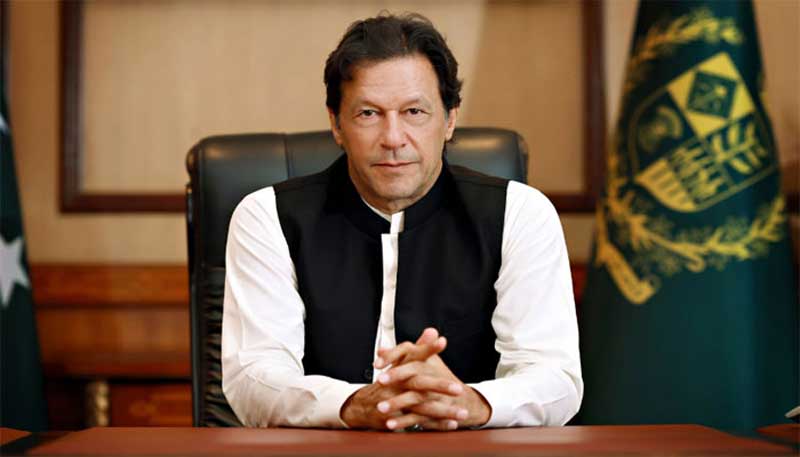 As Pakistan Democratic Movement (PDM) on Friday announced boycott of National Assembly session scheduled for today wherein the prime minister will seek a vote of confidence, Minister for Information and Broadcasting Senator Shibli Faraz said about 177 Members of the National Assembly (MNAs) belonging to Pakistan Tehreek-e-Insaf (PTI) and its allied parties have reposed their trust in the leadership of Imran Khan.

“Only one or two MNAs could not attend the meeting as they were on their way to Islamabad,” the minister said while talking to media after the meeting of parliamentary parties of PTI and its allies at the Parliament House. He said the prime minister will get vote of confidence on Saturday (today) and after that his position will be further strengthened. The PTI will also win the upcoming elections of Senate chairman and deputy chairman, he added.

Delegations of Muttahida Qaumi Movement-Pakistan (MQM-P) and Pakistan Muslim League-Quaid (PML-Q) held separate meetings with Prime Minister Imran Khan on Friday. A delegation of MQM-P headed by Khalid Maqbool Siddiqui met with the prime minister in Islamabad and expressed their full confidence in his leadership.

During the meeting, the MQM-P reminded the prime minister of his promises and expressed concerns over the sale of government jobs in Sindh, the murder of merit and withdrawal of security from several MQM-P’s leaders. The MQM-P delegation urged the prime minister to finalize the candidate for the Senate chairmanship after consultation with it.

Imran Khan said that MQM-P is a key allied party of the government and assured the delegation that their grievances will be addressed soon.

Reposing his trust in the leadership of Prime Minister Imran Khan, Balochistan Chief Minister Jam Kamal Khan on Friday said that his party, Balochistan Awami Party (BAP), stands firmly with the premier. BAP President Jam Kamal Khan along with a delegation called on Prime Minister Imran Khan and assured him of his party’s full support. He thanked the prime minister for nominating the outgoing Senate Chairman Sadiq Sanjrani for the coveted post again. “We were allies before and will remain allies in the future as well,” he added.

A day ahead of Prime Minister Imran Khan’s bid to seek a fresh vote of confidence from the parliament following a shock defeat in Senate’s Islamabad seat, the PDM on Friday announced boycott of Saturday’s National Assembly session.

President Dr Arif Alvi has convened a session of lower house on Saturday at 12pm during which PM Imran will seek a vote of confidence from the parliamentarians in an apparent move to counter the opposition’s ability to challenge the legitimacy of his government.

“No member of PDM would participate in tomorrow’s National Assembly session,” PDM chief Maulana Fazlur Rehman announced while addressing a brief news conference in Sukkur. He said the Saturday’s session carries no value as no member of the opposition will participate in it. He said that the manner in which the prime minister addressed the nation, was akin to accepting defeat. “Who will you take out and against whom? PDM? People have already given their verdict,” the JUI-F chef said, referring to Imran Khan’s warning of bringing people out on the road against the opposition.

Fazlur Rehman said that Imran Khan called his own party members ‘saleable commodities’. Votes of these members would also be included in Saturday’s session, he reminded the premier. “Vote of no-confidence has already been given in the shape of Senate elections … in the victory of Yousaf Raza Gilani,” he added.

To a question about the alliance’s anti-government long march on Islamabad, the Maulana said that the ‘winds have taken a different direction’ in the federal capital after his party’s ‘Azadi March’ last year. “We stand by our decisions and announcement. A meeting has been called on March 8 in Islamabad [to discuss the fate of the long march],” he added.

Reacting to questions posed by the PM during his address to the nation on Friday, the PDM chief said that now the masses will ask why the prices of commodities and petrol were increased. “People would ask why did you (Imran Khan) render three million people jobless instead of providing 10 million jobs [you promised],” he added.

Fazl claimed that President Arif Alvi in his summary to summon Saturday’s session had essentially stated that Prime Minister Imran had “lost the trust of the majority” and he, therefore, needed to seek a vote of confidence. “So when the president talks about losing trust to call the session of the National Assembly, then this further strengthens the stance of the opposition,” he said.

After the opposition’s boycott, Rehman said, “this session will have no political importance” and the PTI government “will not be considered the representative government of this nation”.

Fazl said Imran’s vote of confidence on Saturday will also include the votes of 18 government MNAs who allegedly voted in favour of the opposition in the Senate polls, adding that “without this, it is not possible that he receives the vote of confidence with a majority of one or two people.” “When some people had sold their loyalties in the no-confidence vote against [Senate Chairman Sadiq] Sanjrani, this same Imran Khan had termed it the voice of their conscience,” he said. “Today, why does he equate his own members not voting [for the PTI] to being sold?”

He alleged that the prime minister had blamed the ECP over the setback suffered by his party in order to “exert pressure [on the ECP] in the foreign funding case” against the PTI. “We know all of their tactics and in whichever colour you wear the garb, we recognise your height. So the nation can’t be fooled anymore,” he added.

Asked whether the government lawmakers who voted in favour of the opposition were in contact with the PDM ahead of the NA session, Rehman replied in the negative.