Leader of the Opposition in the Sindh Assembly PTI’s lawmaker Haleem Adil Sheikh, while addressing the media after the sindh assembly session on Tuesday, accused journalists of “acting like PPP workers”. 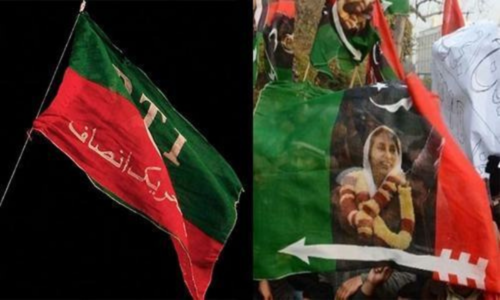 Sheikh’s remarks came in response to a question from a journalist, who asked about video footage showing PTI lawmakers manhandling members of their own party. The allegation annoyed the journalists who protested the remarks, leading to a shouting contest between PTI lawmakers and journalists. The Karachi Union of Journalists Dastoor later issued a statement condemning Sheikh’s remarks and warning of boycotting coverage of PTI lawmakers unless an unconditional apology was issued.
KUJ Secretary Mossa Kaleem said that such type of remarks may not be tolerated.