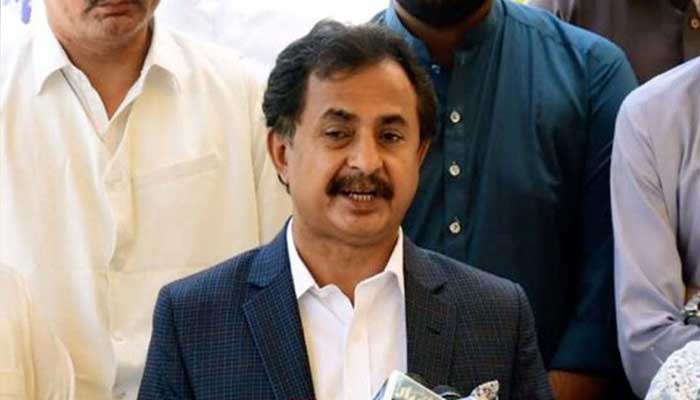 KARACHI: An Anti-Terrorism Court in Karachi today (Monday) has rejected the bail petition of Opposition Leader in the Sindh Assembly Haleem Adil Shaikh in two cases registered against him.

The court came to the decision after hearing the arguments of both, the defence and the prosecution side. The anti-terrorism court turned down the Opposition Leader’s plea in two cases.

One of the two cases pertained to attempted murder, interference in government duties and disruption during an anti-encroachment drive while the other related to violence, firing and causing terror during the by-polls in Karachi’s PS-88.

The opposition leader’s judicial remand turned controversial after he accused the PPP members and supporters of attempting to murder him. The PPP has, however, denied the charges.

Shaikh was arrested on February 16th on accounts of allegedly violating law and order during the by-polls.

The court had sent Haleem Adil Sheikh and his aides to jail on judicial remand.

Read more: Haleem Adil shifted to NICVD after being attacked in Karachi prison