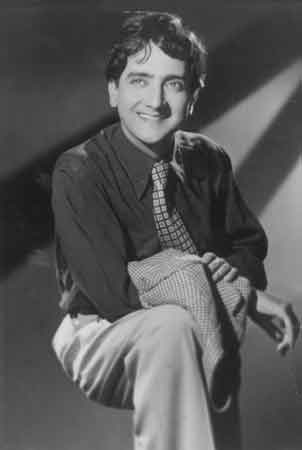 Sardar Malik was a popular music composer of Bollywood in 1950s and 1960s. He was born on 13th of January 1925 in Kapurthala. He came to Bollywood in the 1940s and gave music for over six hundred songs till his demise on January 28, 2006 at the age of 81. As a young lover of music I used to like Mukesh’s song ‘Saranga Teri Yaad Main’ from his 1961 film Saranga. This film was also made in Bhojpuri language. It was a commercially successful film despite that its hero Sudesh Kumar was a new entrant in filmdom where giants such as Dilip Kumar, Raj Kapoor and Dev Anand were ruling. Perhaps Saranga’s success had more to do with its music. Another Mukesh song ‘Haan Diwana Hun Main’ from this film was well received. The other songs were “Piya Kaise Miloon Tujh Sei” by Muhammad Rafi and Lata Mangeshkar, “Likh De Piya Ka Naam”, “Aa Aaja Mere Saathi”, “Koi Ghar Aayega”, “Lagi Tumse Lagan”, “Na Ja Mere Saath”, “Daiya Re Daiya” and “Chali Re Chali Main Tau Desh Paraye” by Asha Bhosle; a wedding song.

Saranga – This film was directed by Dhirubhai Desai, produced by Dhirubhai Desai and Kanjibhai Rathore. Apart from Sudesh Kumar in the role of Rajkumar Sadabaksh, a new actress Jayshree Gadkar played the role of Saranga. According to available information Jayshree Gadkar was born on February 21, 1942 in Karwar District, Bombay Presidency. She was an actress and director, known for Saranga (1961), Lav-Kush (1967) and Sampoorna Mahabharat (1983). In short the movie talked about a woman who faces problems when she insists on marrying the man she loves as is so in other stories.

Sardar Malik was a struggler all his life but being a Muslim he was ignored like Sajjad Hussain, Babul, Nisar Bazmi, Shaukat Ali Nashad and Ghulam Muhammad by Bollywood. These competent music directors either refused low grade films or opted to stay home. Nisar Bazmi moved to Pakistan and gave excellent music in films like ‘Lakhon Main Aik’ etc. Nashad was a great success in Pakistan. Babul did not get any work in Pakistan.

Sardar Malik was a struggler all his life but being Muslim, he was ignored like Sajjad Hussain, Babul, Nisar Bazmi, Shaukat Ali Nashad and Ghulam Muhammad by Bollywood. These competent music directors either refused low-grade films or opted to stay home

Thokar (1953) – I remember humming the song ‘Aei Gham-e-Dil Kaya Karun, Aei Wehshat-e-Dil Kaya Karun’ written by Majaz, sung separately by Talat Mahmud and Asha Bhosle. This song belonged to 1953 film ‘Thokar’. It was Sardar Malik’s second movie, the first one being ‘Stage’ (1951). The film ‘Thokar’ was Shammi Kapoor, Shyama starrer film assisted by Johny Walker and Lalita Pawar. The latter two actors provided comic and veteran relief respectively. It was produced and directed by Lekhraj Bhakri and screenplay and dialogues were by Pandit Girish. The characters were consistent and sound because of their actions and behaviour. The plot moved smoothly with successive incidents, well designed to develop the dramatic interest with the relief of comedy and spectacle in the right places, without encumbering the action or holding up the drama.

According to site Cineplot.com “the portrayals contribute substantially towards the success of the film with Shammi Kapoor in the hero’s role, as an adopted son hated by his stepmother. The son on the other hand is grateful to her because she had brought him up. She had spoiled her other son by over protecting him and ignoring his wickedness. Hero gets saved by her evidence which is wrung from her broken heart in the court when she realizes how wrong she had been. Shyama has not been given proper treatment and she ends up doing overacting in the film. Paro as Shyama’s mother and a dancing girl, who hides her profession, in order to give her child the best education and a chance in life, has a lovely part and acts beautifully. Lalita Pawar as the doting mother gives a veteran’s performance. Newcomer Jai Jaiwanti (Ameeta), playing her first role, makes a promising debut as the vamp and gives an effective performance. Ravindra Kapoor, also making his film bow, is quite remarkably good as the spoilt son. Johnny Walker and his three friends excel especially in that Qawwali which they put over with Shammi Kapoor, a rollicking number worth the entire film”. Music by Sardar Malik however excels all other departments.

Sardar Malik’s legacy – music director Sardar Malik had three sons; Anu Malik, Abu Malik and Dabbu Malik who were also inclined towards music. Anu Malik became a successful music composer later on. It was difficult to look after his three sons after Sardar Malik’s downfall. He did not give up and struggled to bring them up. Sardar Malik felt pride in his sons’ success as his son had not been subjected to the low peaks in his career like his father. Sardar Malik had entered the industry as a dancer and was trained by the famous dancer Uday Shankar at his residential school at Almora. His colleague Mohan Sehgal was also under tutelage in this dance academy. Sardar Malik wanted to become a singer and started performing in Uday Shankar’s troupe as a singer besides teaching choreography. Both were accused wrongly of misbehaving with an actress on the sets of the film ‘Chalees Crore’. Disgruntled they decided never to return to dance teaching.

Sardar Malik became pupil of Allauddin Khan to learn music. Resultantly Malik started receiving offers for both singing assignments as well as music compositions and he was happy to work on these projects. Luck did not favour him and the fame of Muhammad Rafi from the film Jugnu deterred him from making singing as his career. He was left with no choice but to be content with working only on B-grade films and spent the rest of his life teaching music. He remained unacknowledged melody maker despite that his songs were aired at Radio and in Binaca Geet Mala.

My choice of Sardar Malik’s songs:

Apart from the two Mukesh’s songs mentioned above, the others are:

‘Chali Re Chali Main To’ by Asha Bhosle from the film Saranga; a ‘Rukhsati’ song when the bride leaves her parents’ house.

‘Tere Dar Pe Aaya Hoon Fariyad Lekar’ by Talat Mahmud from the film ‘Chor Bazaar’ starring Shammi Kapoor, Sumitra Devi, Chitra, Om Prakash, Amar, Cuckoo, Ram Avtar, Jagdish Kanwal, Mohamad Khan, Wazir Mohammad, S.M. Abbas, Parsuram and Munshi Munakka. The story of the P, N. Arora directed film revolves around Circa, the Mughal Rule in the Persian Gulf. Here a noble man asks his soldiers to bring a man trustworthy enough to commit a crime. Abiding rulers’ orders the soldiers visit the ‘Chor Bazar’ (thieves street), and locate a beggar-cum-thief, Yusuf Ustad for the noble man. The latter instructs Yusuf to abduct and kill the child, who could be the future king. Greedy Yusuf accepts the offer, but is unable to kill the angelic child, and ends up abducting him, leaving evidence in blood to show that the child has been killed to deceive the noble ruler. The young prince is thus brought on to the streets of this ‘Chor Bazar’ where he grows up, destined to spend the rest of his life as a thief and beggar.

In an interview Shammi Kapoor paid tribute to Talat Mahmud that he was his background voice in his early films. Later this voice became the identity of Dilip Kumar, Prem Nath and Devanand.

In my humble opinion, the style and the way instruments have been used in this song are similar to music composer Sajjad Hussain in the song ‘Kahan Ho Kahan Mere Jeevan Sahare Tumhain Dil Pukare’ from the film Sangdil.

Mujhe Tum Sei Muhabbat Hei Magar Main Keh Nahi Sakta – In this song Sardar Malik deviated from Raag Bhopali by using the notes (Surs) Ni and Dha more to beautify the impact of the song by Muhammad Rafi for the film ‘Bachpan’ (childhood) – 1961. It is rare evergreen melody with lyrics of Hasrat Jaipuri. The impact is slow, silent, simple and peaceful.

Chali Re Chali Main Tau Dais Paraye – This song is rendered by Asha Bhosle filmed on Jayshree Gatkar in a cart ride leading a caravan after she sends a letter to Sudesh Kumar about her departure. A music lover Jyoti Malhotra observed that it is a very touching song where one is going away from the love of life. Ashaji rendered it emotionally to make anyone cry who had been with the pain.

It is a lilting melody with sad impact.

It is a classical thumri based song from the film ‘Madan Manjri’.

It is an Asha Bhosle sung song from the film ‘Jantar Mantar’.

Koi Chaand Koi Tara – This song is rendered by Muhammad Rafi and Geeta Dutt from the film Taxi No. 555. It is a happy love song.

Main Ghareebon Ka Dil Hun Watan Ki Zaban – This song is from the film ‘Aab-e-Hayat’ sung by Hement Kumar in chorus format. It was a hot song of yesteryears.

Family and Awards – Sardar Malik’s wife, Bilquis, was the sister of lyricist Hasrat Jaipuri. The couple have three sons, Anu Malik, Daboo Malik and Abu Malik. All three of his sons have followed in their father’s footsteps to become music directors in Bollywood. Sardar Malik was recipient of the Dadasaheb Phalke Award.