Khojaly Genocide is one of the most horrible tragedies, which Azerbaijani people faced in the 20th century, during the Nagorno-Karabakh conflict between Azerbaijan and Armenia. 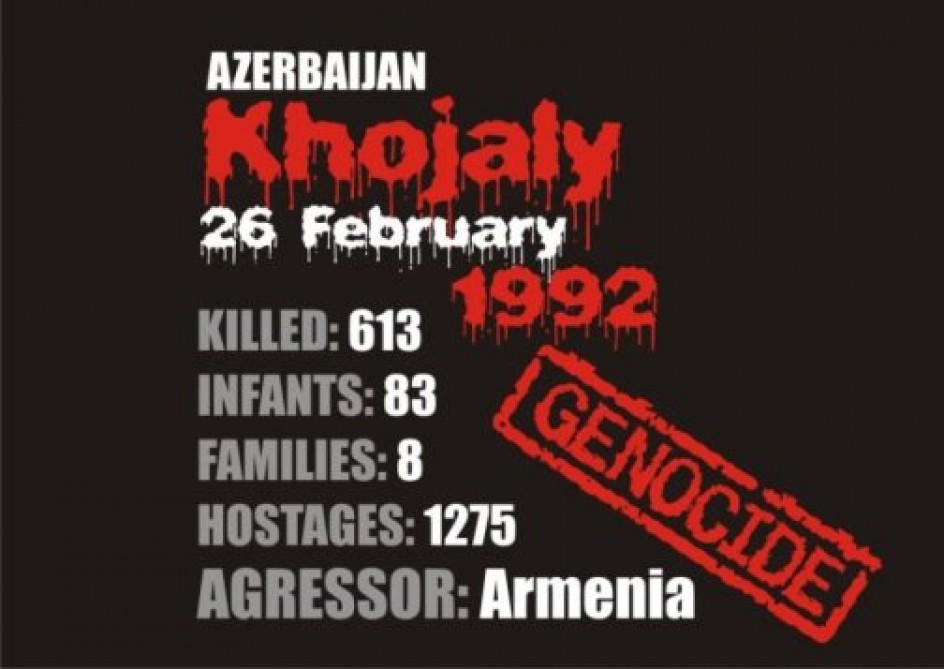 On the night of February 25th to 26th, 1992, Armenian forces, with the help of the former Soviet 366th Motor Rifle Regiment invaded Khojaly village. The village had been under blockade since October 1991, at which point all roads leading to the city were blocked, and the only available transport was via helicopter. On the evening of February 25 Constant gunfire began. The whole town was on fire at about 5am, 26th February. That was the time when Peaceful inhabitants who fled the town in desperation to save their lives. 2,500 civilians remaining in the village left their territory with the hope to reach Agdam. 613 out of these 2,500 fell victim to enemy fire. As a result of this tragedy, 613 Khojaly civilians were killed in which 63 children, 106 women, and 70 elderly civilians are included. 8 families were completely annihilated. 130 children lost one of their parents, and another 25 lost both of them. 76 out of 487 people wounded by an enemy bullet were children. 1275 Khojaly residents were taken prisoner and 150 went missing. 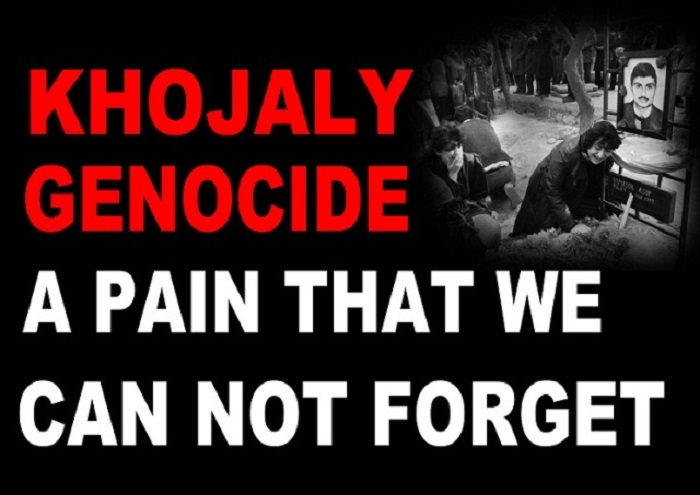 Azerbaijan’s national leader Heydar Aliyev unveiled the essence of Khojaly genocide and in February, 1994, the Parliament of the Republic of Azerbaijan gave legal and political assessment of this crime, issuing a resolution. The document describes causes of the tragedy and its perpetrators.

It should also be noted that the Khojaly Genocide has been recognized as Genocide by 18 countries including Pakistan, 26 states of the USA and by the Organization of Islamic Cooperation and Turkic Council. 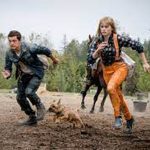 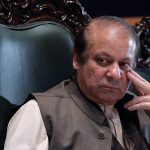