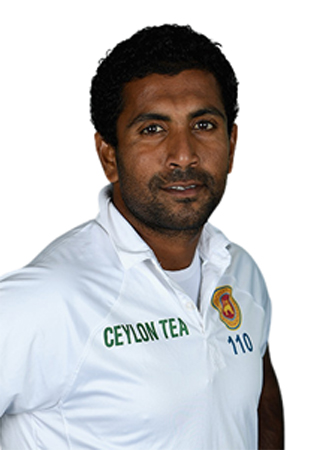 COLOMBO: Sri Lanka fast bowler Dhammika Prasad has announced his retirement from international cricket at age 37. Prasad played the last of his 25 Tests in October 2015, following which a serious shoulder injury impeded his career. Prasad eventually made a first-class comeback, following surgery, but could not quite break back into the national team. Before that injury, however, he was one of Sri Lanka’s premier quicks, remembered with particular fondness for his second-innings 5 for 50 at Headingley in 2014, which led to Sri Lanka winning their first series in England. That was his only five-wicket haul in Tests, but he was nevertheless impressive at home in 2015, taking four wickets in an innings consecutively against India. Prasad finished with 75 Test wickets at an average of 35.97, and also took 32 ODI wickets at 30.50 in 24 games. He has a further 276 first-class wickets, largely for his Sinhalese Sports Club side, whom he has played for since 2002. Prasad had spent the last few years attempting to make a comeback for Sri Lanka, but his bowling had not quite been the same since the shoulder injury and consequent surgery. He hopes to play another domestic season for SSC before quitting entirely, though this year’s season may not be played, due to Covid-19.