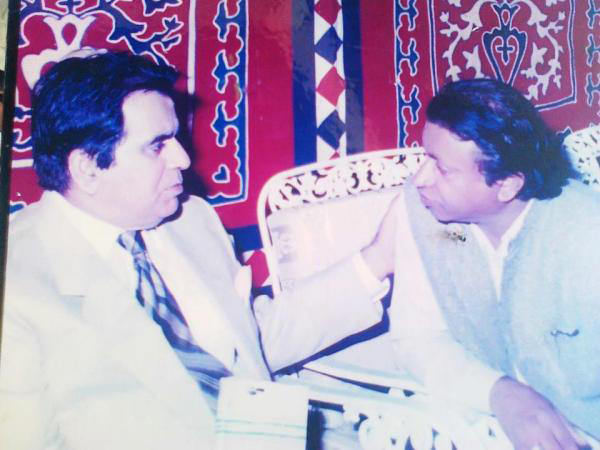 However, it would not be a purple prose to utter that Atta Shad was amongst those, who evinced trailblazing poetic dictions and techniques, across the landscapes of Urdu and Balochi poetry alike. His acumen to carve out fresh and evocative symbols as well as imageries to bring sweetness in dry thoughts was unparalleled, particularly in Balochi. The period of early 50s and late 60s was held to ransom by several literary as well as political bands. To outshine contemporaries, and strive a new chord in a generation weary of world per se, Shad grappled with daunting challenges. All in all, soon he established himself as a poet who appealed sophomores as well as people going through their second childhoods, all due to his savvy of striking a balance between past and present while substantially keeping future in check.

Atta is said to be the maiden poet of free verse in Balochi poetry and, beyond a shadow of a doubt, best ever. His free verses were, needless to say, highly influenced by the likes of Noon meem Rashid. Notwithstanding that, Atta Shad extra-ordinarily brought a pervasive Balochi milieu in domain of Free verse which was initially a French form of poetry; incubated and later reached to the epitome of poetry by Charles Baudelaire and like. He embellished through his Free verses a very redolent microcosm of Balochistan and its ethereal beauty. By this, one happens to know that form of free verse played an undeniable role in his poetic career. Also, one cannot brush aside his Gazals which also were of high stature.

As aforementioned, he was ushered in the realm of poetry when the world was barely resuscitating from the disaster of world war II. Existentialism was the most welcomed and celebrated philosophy. And Subcontinent: partitioned. Even so, when several other literary quarters were pioneering new forms and genres to give expression to the ambivalent emotions of that uncertain period, Atta Shad masterly dodged tutelages and made his own way. His way was a bonafide way: a concoction of thought and emotion that eminent English poet T.S Eliot recommended to budding poets in his collection of essays, to wit Sacred wood. 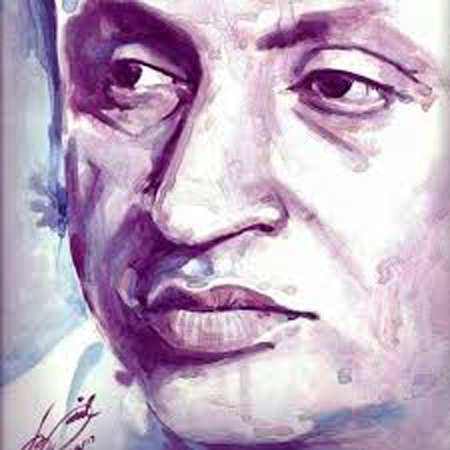 Ayyub Baloch, himself an eminent writer, called him a poet-anthropologist. He recalled in one of his English write-ups’ memories of his meet-up with Atta Shad. He wrote once Atta Shad said to him that in his visit to Australia and US he, ” came to know that it was the strength of aborigine’s and Red Indian’s folklores that made their survival possible despite the ruthless extermination binges of whites.” The point was Atta Shad always loved to remain in touch with his culture and tradition.

In the similar fashion, Atta Shad wrote Urdu poetries in a very unique style possessing a novel diction. Fazal Karim in his letter published in dawn on 11 February, 2011 noted: ” Even critics like Prof. Mujtaba Hussain, Dr Wazir Agha, Dr Farooq Ahmed and Dr Farman Fatehpuri have acknowledged his vast imagination. His diction was fresh as compared to his other contemporaries.”

What is staggering about his Urdu poetry is that he transacted Balochi poetic themes and folklores into his Urdu poems. About his proneness toward modernism, Ahmed Faraz had once said about Atta Shad; that he had even introduced many a new things in Urdu poetry. Title of his collection of Urdu poems: Barf-aag affirms that significant remark markedly.

More often than not, poets tend to borrow styles accompanying unsustainable estrangements to plea their poetic geniuses. Conversely, Atta Shad harnessed, at first, and then developed, the heritage bequeathed by his ancestors to stand himself out of the run of the mill quarters, while adding his experiences as well. For him, if one takes liberty to aver, poetry was not only to amuse but to educate as well; about the geographic enigmas; about the cultural mores; about the very landscape where he was born and brought up; and the like.

Delving deep into the possibilities of his Urdu and Balochi verses, one is exposed to varying themes, findings and philosophies. Nevertheless, a poet is not supposed to premeditatedly spawn such things, these elements are supposed to come own their own; and that is what one comes to realise while reading Atta Shad.

I said nothing (folding my hands)

Yet I remained silent (folding my hands)

Then I unfold my hands.

This has left me dumbfounded. How comes a poet can transact the very enthusiasm of an emotion evinced in a language that is uniquely different. To add, this is a commonplace Balochi classical maxim, perhaps quoted every now and then accordingly, all but in every Baloch household. The poetic flair of Atta Shad was so much so that even Balochi proverbs began to delight a plethora of those people who happened upon this poem in his Urdu collection. What is of interest is that poets who wrote in Urdu and were belonging from other ethnic-nations speaking different languages, never pioneered such spell-binding things in their verses. Nevertheless, one can witness gargantuan idiosyncrasies in Shad’s Urdu poems as well; while keeping the same zeal intact in Balochi poetry.

But unfortunately Atta Shad has not been duly recognised in realm of Urdu literature. He is not remembered on his death anniversaries at national level. However, on 13 February 2021 a programme was held to remember Atta Shad, organised by Balochistan Academy of literature and research in Turbat Kech, his birthplace. English translations of his Balochi poems were also read. Gwadar also got to remember him. Gal, acronym of Gwadar academy of literature, a Gwadar based literary organisation, too, successfully conducted a programme to mourn him.

The writer is a student, based in Turbat. He Tweets at @shahabakram6 and can be reached at [email protected]