‘The Man Who Sold His Skin’ — an expertly crafted audacious drama

* Ben Hania is an African Arab Muslim woman filmmaker, as removed from the profile of directors who have won or been nominated in this category all these years 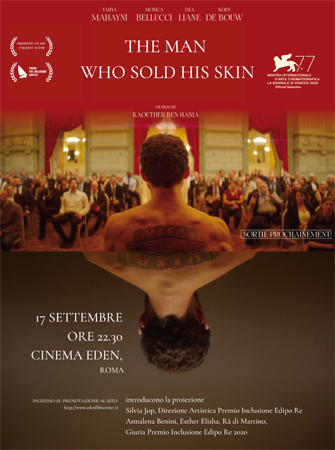 Tunisian writer-director Kaouther Ben Hania’s ‘The Man Who Sold His Skin’ is easily the most intriguing of the films vying for the Best International Feature Film Oscar at the 93rd Academy Awards.

Her choice of story and treatment sets this contender apart from the 14 other titles on the shortlist. The film is also on the threshold of history.

Ben Hania is an African Arab Muslim woman filmmaker, as removed from the profile of directors who have won or been nominated in this category all these years. Films from Maghreb – as many as five from Algeria and one from Mauritania – as well as two each from Lebanon and Palestine and one from Jordan have in the past earned Oscar nods without ever going on to bag the statuette. Also, no Arab female filmmaker has ever been nominated for an Oscar.

If the director of The Man Who Sold His Skin upstages the bigger world cinema names in the running this year, she will stir things up nearly as dramatically as Bong Joon-ho did last year. Ben Hania has only an outside chance of a surprise win. But this critic will be rooting for her all the way.

If the director of The Man Who Sold His Skin upstages the bigger world cinema names in the running this year, she will stir things up nearly as dramatically as Bong Joon-ho did last year. Ben Hania has only an outside chance of a surprise win

But let it not be said that the film’s prospects hinge merely on extraneous historical factors. The Man Who Sold His Skin is an expertly crafted, audacious drama in which biting art-world satire meets sly commentary on the global refugee crisis. Ben Hania infuses the film, which had its world premiere in Venice last year, with dark humour and elements of a love story. She also mines the material to take a gander at the commodification of art in a world where genuine empathy for those displaced by war, economic distress and climate change is at a low ebb. 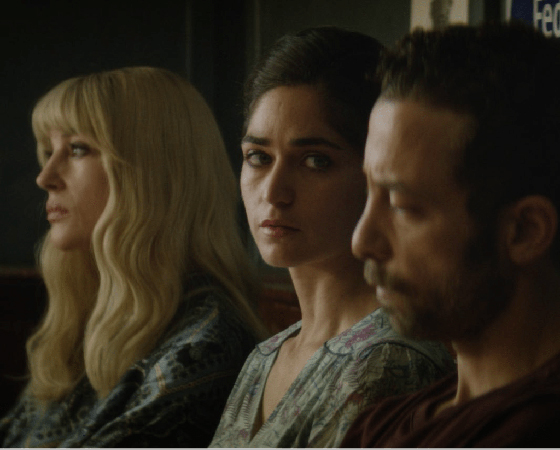 The adjective used at the outset of this review – intriguing – applies equally to both the substance and the style of The Man Who Sold His Skin. The film is inspired by a real-life case. Between 2006 and 2008, Belgian artist Wim Delvoye used the body of Tim Steiner, a tattoo salon owner from Zurich, as a living canvas for a work of art that was then exhibited multiple times in different cities before being snapped up by a Swiss collector. Ben Hania’s protagonist is a young Syrian man who has fled Raqqa in Syria for Beirut after he is arrested for shouting revolutionary slogans on a train. She expands the scope of the tale to paint a universal portrait of people uprooted by war and dovetails it into a trenchant critique of the hypocrisy and snobbery makers and sellers of art.

The protagonist, Sam Ali, strikes a Faustian bargain with controversial artist Jeffrey Godefroi. He agrees to let his back be used as a canvas for an impression of a Schengen visa. What is promised to him are a steady flow of money and the freedom to travel to Brussels.

Brussels is where his former girlfriend Abeer now lives with her diplomat-husband Ziad Abdallah and works as an Arabic translator at the Syrian embassy. Sam hopes to make his way back into the woman’s life. Up ahead is a massive mountain and there is no path through it for the man who has bartered away his right to choose what his heart desires.

The question that the film asks – it obviously wants the audience to follow suit – is whether the liberation that Sam has wrested is only a pyrrhic breakthrough. In fact, if anything, it is a trap. The visa on his back, when stamped on a passport, serves to throw open the borders of 20-plus European nations. Inked on his back, it is a burden, a constant reminder of his helplessness. Jeffrey the artist, on his part, makes no bones about what he is up to. I am Mephistopheles, he says. Sam asks: “Do you want my soul?” No, I want your back, Jeffrey replies. The inducement is too great for Sam to resist. It is easier for a merchandise than a human being to travel if you are a Syrian, Afghan or Palestinian, says the artist. But man turns into merchandise, is his heart allowed to beat like that of a normal human being?

In a minor casting coup, Ben Hania has Monica Bellucci in a supporting role as the astute gallerist Soraya. She calls out Sam off when he gate-crashes an exhibition opening in Beirut, his eye on the food. Jeffrey – remember, he is Mephistopheles – comes to his rescue and offers him a drink.

The most striking facet of The Man Who Sold His Skin is the manner in which Ben Hania and her cinematographer Christopher Aoun compose and carve up frames to convey the fractured nature of Sam’s fate. Cinema is the art of exploring space, time and movement to arouse emotions and formulate meaning. In The Man Who Sold His Skin, one art form is used to capture another form for art, which, too, is spatial but is, in contrast, frozen in time and confined to a canvas. The meshing of the two is exceptionally clever.

Many scenes in the film are shot through doors, windows and others types of fenestration. Geometric patterns and quirky angles emerge on the screen as the visuals are broken up by prison bars and reflections in mirrors. The absurdist, deadpan and frequently surrealist methods that Ben Hania employs turns her examination of freedom and dignity into a far larger take on the relationship between the powerful and the weak in the domain of art and in the world as a whole.

Ben Hania, whose 2017 film Beauty and the Dogs generated a buzz in Cannes, isn’t awed one bit by the imposing canvas that is before her here. The Man Who Sold His Skin brims with colours and precise visual compositions and every frame that the director etches has the feel of a stimulating canvas.

Lead actor Yahya Mahayni brilliantly embodies contrasts: shiftiness and stability, toughness and vulnerability, contemplation and hyperactivity. The film has considerable weight and all of it is on him. He doesn’t falter. The Man Who Sold His Skin doesn’t either.