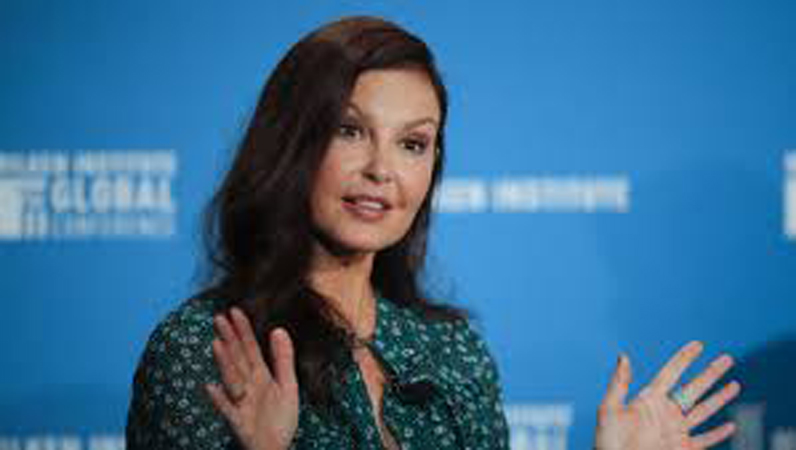 Ashley Judd say she’s “weeping in gratitude” after surviving a near-fatal accident in the jungle of the Democratic Republic of Congo.

On Feb. 12, the actress revealed she tripped and severely injured her leg, requiring emergency medical attention. At the time, Judd said she was resting in an “ICU trauma unit in beautiful South Africa, which has taken me in from the Congo, a country I deeply love which is not, unfortunately, equipped to deal with massive catastrophic injuries like I have had.”

Four days have passed since then and the 52-year-old is now sharing more details about her journey from the rainforest to the hospital in a heartfelt Instagram post.

She writes, alongside photos of the people who helped her, “Friends. Without my Congolese brothers and sisters, my internal bleeding would have likely killed me and I would have lost my leg.”

Judd continues, “I wake up weeping in gratitude, deeply moved by each person who contributed something life giving and spirit salving during my gruelling 55-hour odyssey.”

She writes, alongside photos of the people who helped her, ‘Friends. Without my Congolese brothers and sisters, my internal bleeding would have likely killed me and I would have lost my leg’

According to the actress, a man named Dieumerci “stretched out his leg and put it under my grossly misshapen left leg,” which she later found out “was broken in four places and had nerve damage.”

She adds that Dieumerci “remained seated, without fidgeting or flinching, for 5 hours on the rain forest floor,” acting as a human splint. She reflects, “He was with me in my primal pain. He was my witness.”

The actress also honours Papa Jean, who set her leg back into place as she “screamed and writhed.” She says, “He saved me.”

There were also the three “heros” who carried her on a hammock through “rough terrain” for three hours, before Didier and Maradona transported her on a motorbike.

She describes their arrangement and how Didier was her backrest, while Maradona helped her stay atop the bike as they held her broken leg. Judd says the men rode like this for six hours on an “irregular, rutted and pocked dirt road.”

The actress says she and Maradona bonded through this experience, describing, “We have a nice friendship, discussing the pros and cons of polygamy and monogamy.”

Judd previously shared that she was visiting the Congo as part of a research group studying an endangered species of apes called bonobos.