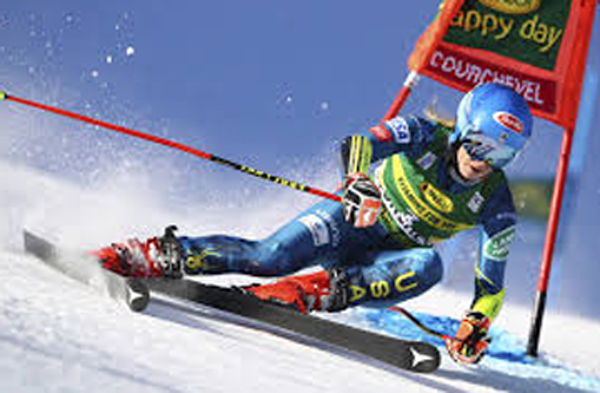 CORTINA D’AMPEZZO: American Mikaela Shiffrin won a record-breaking ninth medal in world championships alpine skiing after an immaculate slalom run propelled her to gold in the women’s combined event on Monday. Shiffrin, who surpassed the record she had shared with compatriot Lindsey Vonn, won her sixth overall gold medal and the first in the 2021 championships after finishing 0.86 seconds ahead of Slovakian rival Petra Vlhova. Michelle Gisin clocked third spot 0.89 seconds off the pace to underline Switzerland’s prowess in Cortina D’Ampezzo, with her compatriots Corinne Suter and Lara Gut-Behrami already hauling in four medals between them including two golds. Shiffrin gave herself a fighting chance of taking the combined honours after finishing the morning’s super-G leg of the event in third place behind Italians Federica Brignone and Elena Curtoni. But she still had it all to do on a hard and icy slalom course which saw Brignone suffer a heartbreaking exit almost straight out of the block, when she lost her balance at the second gate and then missed the third.