Noman Ijaz chooses to keep mum about backlash on ‘Dunk’ 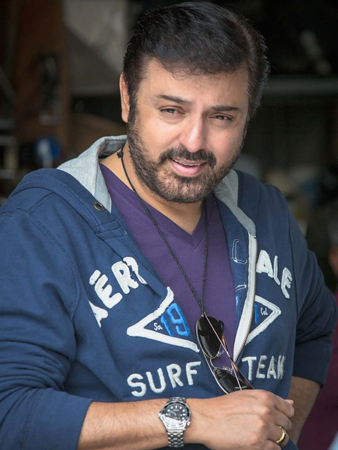 Noman Ijaz recently stated he would not like to weigh in on all the chatter regarding his ongoing drama serial ‘Dunk.’ The television series, which is based on a woman’s story who falsely accuses a professor of sexual harassment, has generated a tonne of backlash on social media.

The cast has been overtly criticized for being part of the series and perpetuating an anti-version of an already marginalized issue, and Noman Ijaz has especially been under fire since then.

In a recent interview, the actor denounced the #MeToo movement, and now has said that he would like to keep mum on the controversy regarding Dunk.

“We [actors] don’t create controversies, they are created for personal interests. We are very simple people. What people don’t really understand is the context of a comment. But, I don’t mind. Say whatever you want to since I am not the one to give out clarifications,” Ijaz said.

“When we accuse someone of a crime this grave, we often forget about the implications of it. We forget the impact it would have on the accused, his family,” he added.

The 56-year-old actor went on to say, “No one should harass anyone – regardless of gender. There should be proper laws in place, but who will decide whether the accusations are true or not? The show highlights if the #MeToo movement has been misused,” he added. “We have black sheep in the society who manipulate such meaningful movements. In this country, there should be some punishment for people who falsely accuse anyone.”