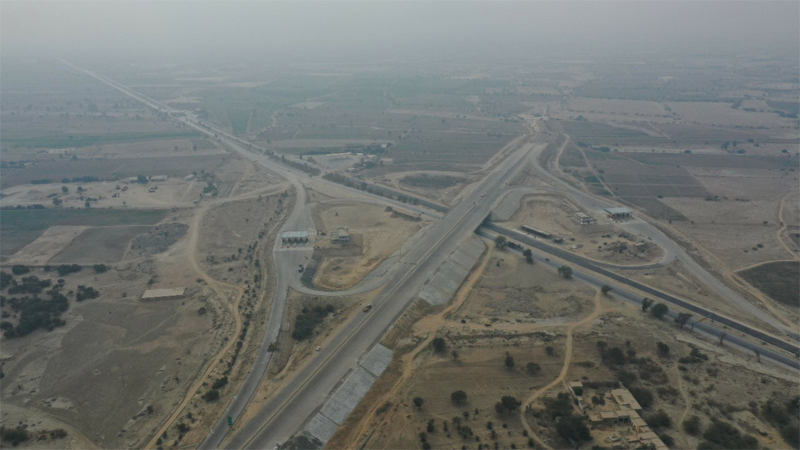 Ensuring the highest quality of work, the National Logistics Cell (NLC) is giving final touches to one of the most important component of China Pakistan Economic Corridor’s (CPEC) Western Route Alignment as more than 95% of work has so far been completed.

The 285-kilometers long Hakla-Dera Ismail Khan Motorway project has been divided into five different packages which were awarded to various construction firms. NLC is working on Package-1 of the project and will be the first to complete its assigned section of motorway. Package-1 comprises of 4-lane carriageway having total length of 55 kilometers that originates from Yarik near DI Khan and culminates at Rehmani Khel area. The NLC has completed all major infrastructure development works including construction of carriageway, two interchanges (one each at Yarik and Abdulkhel), six underpasses, four bridges and other structures like accommodation buildings and toll plazas etc. Ancillary work on a couple of weigh stations is currently underway which is expected to be concluded ahead of its scheduled completion date of 31st March 2021.

As the motorway passes through sandy and rugged terrain with little or no forest cover, NLC has planted 154,000 saplings on right of way along road. The plantation is part of “Sar Sabz-o-Shadab Pakistan” afforestation campaign launched by Pakistan Army across the country. The motorway will not only drastically cut travel distance between Islamabad and DI Khan but also link major highways i,e N-50 and N-55 at Dera Ismail Khan Junction which will open up new vistas of socio-economic development in the hitherto underdeveloped areas of the country.

It is worth mentioning here that the areas around the western alignment are known for producing pulses, grains & fruits specially mangoes and dates of superior quality. After completion of this improved connectivity project, vast expanses of North Punjab, South KPK and North West Balochistan will be opened for all kinds of trade activities leading to phenomenal improvement in the living standards of people in the entire region.