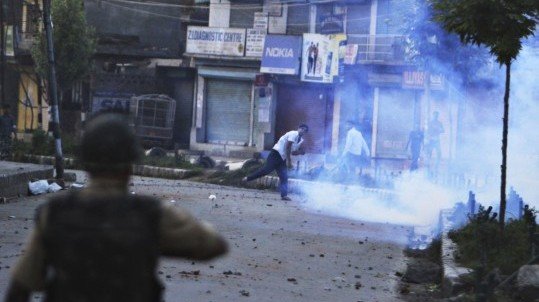 In the persistently prevailing horrible circumstances,it is also very necessary to frequently keep on highlighting the worsening human rights situation in India’s illegally occupied Jammu and Kashmir (IIOJK) to draw the attention of the international community and human rights organizations towards miserable life of the humanity in complete lockdown for more than 18 months there.

There is no denying the fact that the ever-deteriorating situation in IIOJK has always been a matter of great concern and worry for the global rights watchdogs who have been time and again been raising alarm over the gross and systematic violations of human rights being continuously committed with impunity by the occupying Indian security forces.

The human rights situation in the occupied territory has stooped so low particularly after the India’s Modi regime stripped it of its autonomous status unilaterally on August 5, 2019. The imperialistic decision, quite rightly criticized by the independent observers as an act of colonialism pushing Indian occupied Jammu and Kashmir to a quagmire of uncertainty and chaos apparently in an unending manner.

The dissolution of the state and reducing its status from that of a state to a union territory and bringing it under New Delhi’s direct control was an atrocious assault on the rights of the people that has inflicted terrible psychological trauma on the people of Jammu and Kashmir.

The Modi regime actions are quite obviously in gross violation of the UN Security Council resolutions, the Charter of the United Nations and the international law have only further aggravate the rights situation in the occupied territory .There has been massive upsurge particularly following August 5, 2019 unilateral actions in the incidents of the state-violence that has resulted in the death of thousands of innocent Kashmiris particularly the youth who were killed during cordon and search operations (CASO) and fake encounters staged by the Indian security forces and secret agencies.

Apart from the deaths, the extrajudicial killings, enforced disappearances, torture , harassment of the unarmed innocent Kashmiris, arbitrary arrests of the youth, persecution of the political leaders, ban on human rights organizations and a witch hunt against the dissenters especially the rights activists, media houses and journalists at the hands of occupation authorities has made an already situation even worse.

Since August 5,2019, IIOJK has suffered repeated disconnections of internet and in December 2020, it had broken the record of 18 months longest blackout by the so-called big democratic state.

The Kashmiris have been facing continued oppression including the so-called cordon and search operations and fake encounters. The toxic Hundutva ideology of RSS -BJP has resulted in systematic targeting of Kashmiri youths through extra-judicial killings .

According to data available from Kashmir Media Service, 95723 civilians including women and children from January 1989 to December 2020, 306 civilians since August 5, 2019 and 263 civilians in year 2020 have been killed by the occupying Indian security forces in IIOJK.

Impunity for human rights violations and inaccessibility of the right to justice are among the main challenges facing the people of occupied Jammu and Kashmir territory. The draconian laws in IIOJK i.e. Armed Forces Special Powers Act and Jammu and Kashmir Public Safety Act provide impunity to the occupying Indian security forces.

The Indian government has detained more than 70 Kashmiri political leaders i.e. All Pakistan Hurriyet Conference (APHC) and activists since August 5, 2019.

Since August 5, 2019, at least 389 people have been detained under the Jammu and Kashmir Public Safety Act in jails in IIOJK and also across India without any intimation and accessibility to their relatives.

The unilateral and illegal actions of the India’s fascist Modi regime are direct violations of the UN Security Councils resolutions on Jammu and Kashmir, the United Nations Charter and the international laws, the Fourth Geneva Convention as its paragraph 6 of Article 49 clearly says “that the occupying power shall not deport or transfer parts of its own civilian population into the territory it occupies”.

In early April 2020, as the stringent lockdown continued in IIOJK, the Indian government had announced a new domicile law for the occupied territory. Under it, thousands of Hindus have been granted domicile certificates thus raising fear of demographic changes in IIOJK besides ongoing genocide activities in order to reduce predominantly Muslim majority into minority. The indigenous Kashmiris are thus threatened to loose their political and cultural identity, their rightful demographic majority and ownership of their properties in their own homeland. Poor health facilities despite pandemic of Corona Virus, damage to children education due to closure of educational institutions and economic losses accruing from no income generating activity whatsoever due to prolonged lockdown over entire population—unprecedented in the history.

Cutting long miserable, deplorable and condemnable happenings in IIOJK short, here are the sufferings and sacrifices of the Kashmiris which they have suffered in their just, unarmed and indigenous struggle for freedom from Indian slavery shackles during last 30 years from January 1990 to December 2020 at a glance; total killings 100000 plus, custodial killings 8500 plus, civilians arrested 150000 plus, enforced disappearances 12000 plus, structure destroyed/arsoned 110000 plus, women widowed 22836 plus, half widowed 3000 plus. Women gang-raped molested 11011 plus, pellet victims youth 15000, mass graves 7000 plus and children orphaned 107872.

Pakistan has during the last couple of years activated and agitated the Kashmir issue at UN General Assembly and other international forums, continuously urging the international community to play its role in ensuring the Kashmiris get their fundamental right of self-determination in accordance with the Security Council resolutions, exert pressure on fascist Modi regime to end prolonging lockdown and flagrant violations of human rights in IIOJK at the earliest.

Pakistan needs to continue voicing its support for Kashmiri brethren and agitating over the Indian brutalities and atrocities on unarmed Kashmiris and persistently exerting pressure on United Nations for exerting pressure on New Delhi to implement 72 years old Security Council resolutions and let the Kashmiris decide their future themselves more aggressively and vigorously through all its missions across the world. Kashmiris are bound to be victorious in their just struggle soon Inshallah.