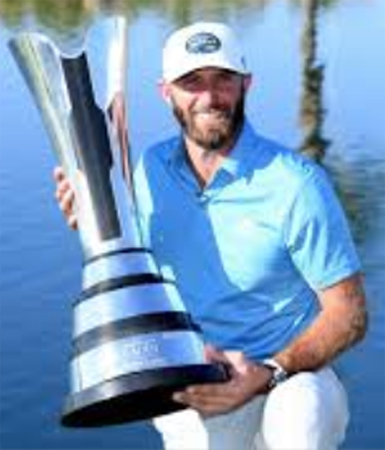 RIYADH: World number one Dustin Johnson carded his worst round of the tournament but did enough to win the Saudi International on Sunday for a second time in three years. The American managed only three birdies, offset by a bogey on the 16th hole, to sign for a two-under-par 68 and finish at 15-under, two shots ahead of his compatriot Tony Finau and Englishman Justin Rose who tied for second place. Johnson, who won the inaugural edition of the event in 2019, started the day with a two-shot lead but made only one birdie on the front nine and missed birdie putts at the 10th and 12th holes before sinking an 11-footer at the 13th. Finau had closed the gap with three consecutive birdies on the back nine before bogeys on the 16th and 17th set him back, giving Johnson his ninth European Tour title. France’s Victor Perez, who was second heading into the final round, finished with a 69 to drop to fourth, tied with Scot Calum Hill who eagled the par-five 18th.