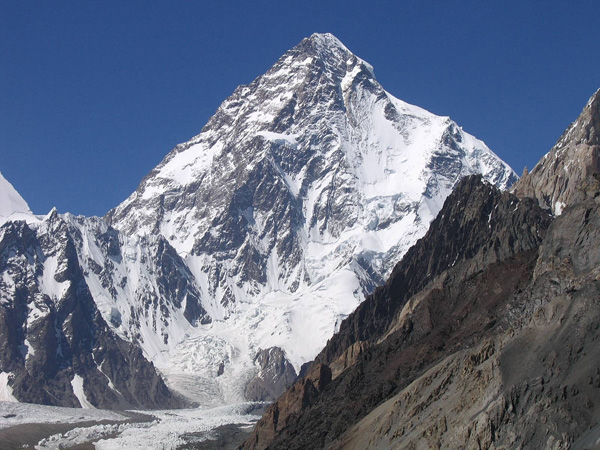 A Bulgarian mountaineer fell to his death during an expedition on Pakistan’s K2, his team said on Friday, the second person to die on the world’s second highest mountain in weeks.

Seven Summit Treks – a trekking company leading the expedition – said Atanas Skatov, 42, fell as he was changing ropes during his descent to basecamp.

“[It] seems some errors occurred and he fell down. We had fixed the mountain with new ropes” which were not broken, Seven Summit Treks said in a statement.

The Alpine Club of Pakistan also confirmed the incident, saying his body was later recovered and flown by a Pakistani military helicopter to the nearby city of Skardu.

“We pay homage to the strength and spirit of our climber – his feat(s) and his relentless will to (reach) the top will never be forgotten!” the Bulgarian Foreign Ministry said in a statement.

Skatov is the second climber to die on K2’s slopes this season after a Spanish mountaineer fell to his death last month.

A third climber – Russian-American Alex Goldfarb – also died on a nearby mountain during an acclimatising mission ahead of a bid to scale Broad Peak in January.

Skatov’s death comes just weeks after a team of Nepali climbers made history on K2 when they became the first to scale it in winter.

K2 is known as the “Savage Mountain” because of its punishing conditions: winds can blow at more than 200 kilometres per hour, and temperatures can drop to minus 60 degrees Celsius.

With Pakistan’s borders open and with few other places to go, this winter an unprecedented four teams totalling around 60 climbers have converged on the mountain, more than all previous expeditions put together.

Unlike Mount Everest, which has been topped by thousands of climbers young and old, K2 is much less travelled.