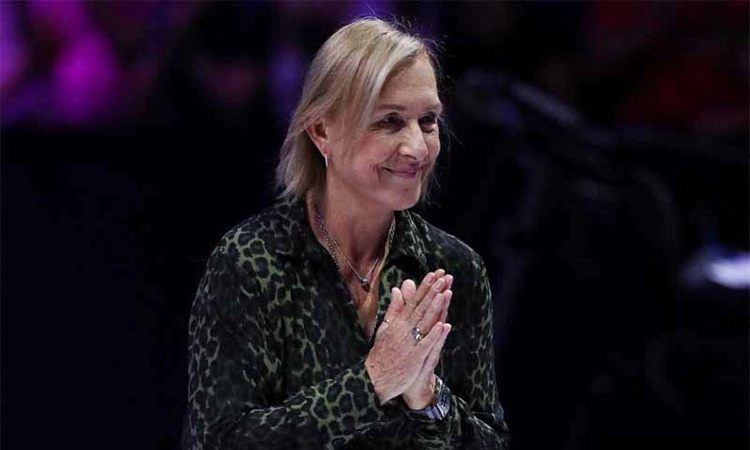 MANCHESTER: Tennis champion Martina Navratilova called on Wednesday for a special provision to be made for elite sport after U.S. President Joe Biden signed an executive order designed to allow equal transgender participation in school sports. In an interview with BBC Radio 4, Navratilova proposed a “carve-out” – or separate provision – from the executive order signed on Jan. 20 to ensure a level playing field in elite women’s sports. The Executive Order on Preventing and Combating Discrimination on the Basis of Gender Identity or Sexual Orientation is intended to enable transgender women who have gone through male puberty to compete in women’s sports. Navratilova, who won 18 Grand Slam singles titles, said she supported moves towards equality but that the physical advantages for transwomen competitors who had gone through male puberty were “pretty obvious”. She opposed “an all-inclusive situation where trans men and women, just based on their self-id, would be able to compete with no mitigation … that clearly would not be a level playing field,” she said. Navratilova was among sportswomen who launched a group on Tuesday to work for a “science-based, ethical approach” to “establish a middle ground that both protects girls’ and women’s sport and accommodates transgender athletes”.