After frustrating the Wall Street titans with GameStop and AMC stock surge, millennials are now campaigning to take parody cryptocurrency, Dogecoin “to the moon”. 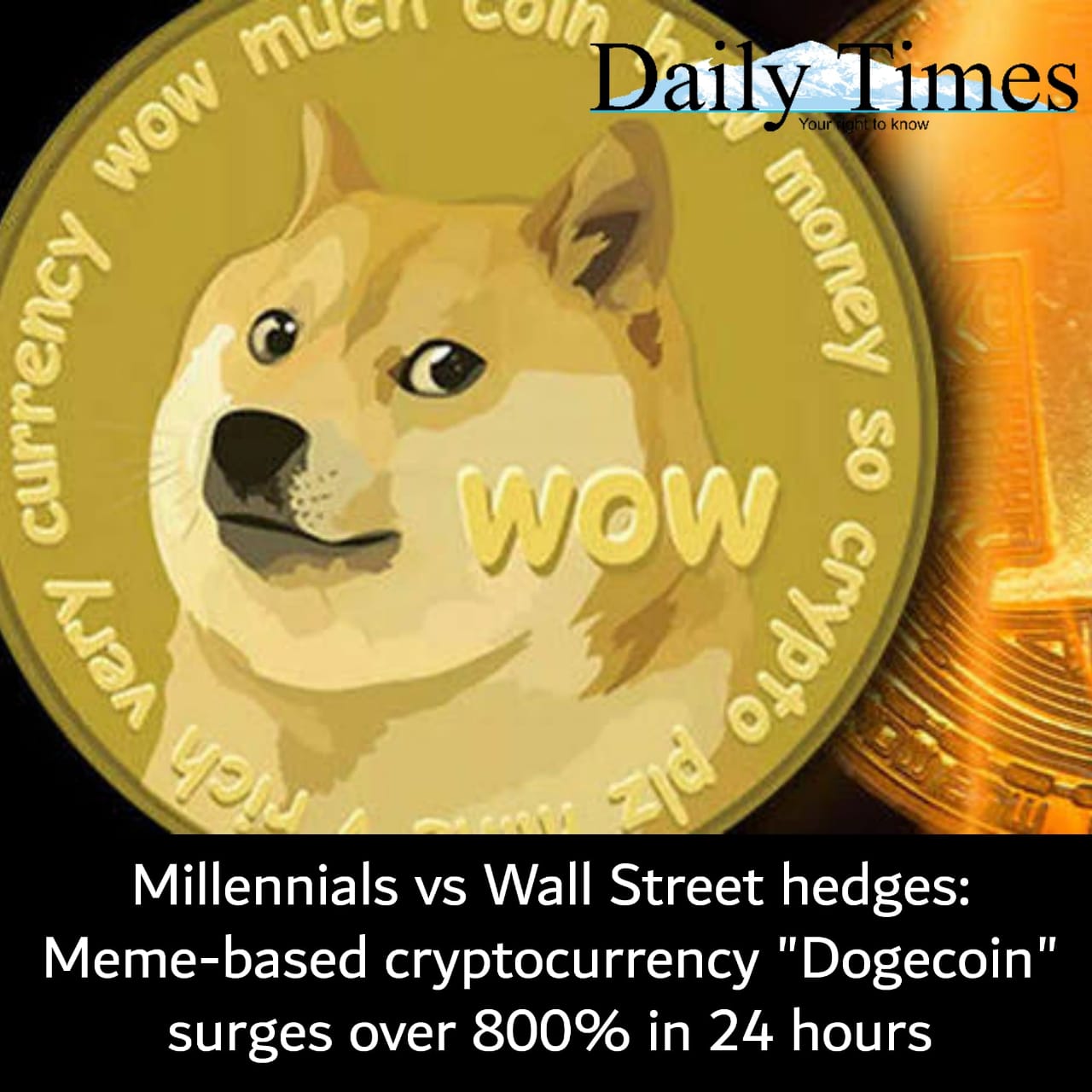 This has caused an 822% increase in the value of Dogecoin – a meme-based cryptocurrency that was started as a joke in 2013.

“PUT YOUR LIFTOFF DIAPERS ON ITS ABOUT TO START,” a comment earlier on the Reddit community WallStreetBets said, as young traders prepared to buy GameStop options, causing the company’s stock to skyrocket at an insane rate.

Millinial nerds and gamers who spent a significant part of their lives buying consoles and playing video games, beat the Wall Street hedge funds by buying GameStop’s shares and urging other young adults to join them.

GameStop’s value went from extremely low to extraordinarily high. The company was forced by the pandemic to shut many of its stores in April 2020, with its stock reaching below $3 per share. After recovering a bit in September after investor Ryan Cohen rallied for the company. By mid January, the stock crossed a high of $30 per share, and this week it surpassed $373, crating a personal wealth of $2bn for the company’s largest shareholders.

Several TikTok investors and Redditors were barred by popular brokerage RobinHood, from trading stocks as they created an intentional disruption in stock market by causing the GameStop and AMC stock to skyrocket.

Their attention then shifted towards on Dogecoin. Several popular faces including Carole Baskin from Netflix’s Tiger King, made social media appearances to promote Dogecoin.

On Thursday evening, Tesla CEO Elon Musk, who has been promoting Reddit betting, shared a picture of a dog posing on the cover of “Dogue” magazine.

This diverted the attention of the millinial trading community towards Dogecoin and its value jumped up 50% within an hour.

The currency that has stayed at a low value of fractions of a cent, rose from $0.007681 at 8 p.m. Wednesday to over 0.082 by Thursday, raising the company’s market value to about $7 billion.
Dogecoin has now become the world’s 10th most valuable cryptocurrency.