* Says rising prices and shortage of power domains of federal government but federal minister blaming Sindh govt for the same
* Says chief minister, any federal minister not answerable to each other 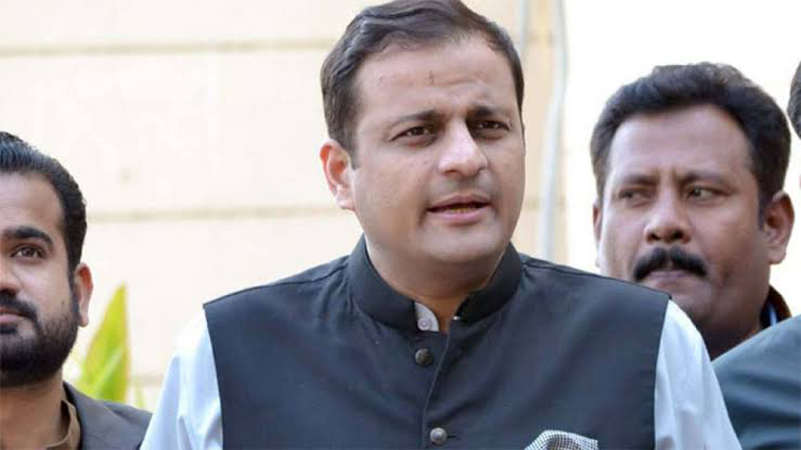 Sindh government spokesman Barrister Murtaza Wahab has said that the PTI, MQM, and GDA have hit a scheme to get the controversial census approved but the PPP will be fighting the Sindh case.

He advised Federal Minister Ali Zaidi that if he has to rightfully ask a question to the chief minister of Sindh then he should contest the elections and get elected as a member of the Sindh Assembly because Ali Zaidi will not be elected. He further said that isn’t it a pity that Zaidi tried to blame Sindh government for rising prices and shortage of power, though these are the domains of the federal government.

Addressing a news conference in the committee room of the Sindh Assembly on Wednesday, Barrister Murtaza Wahab said that Prime Minister Imran Khan does not listen to the opposition and also does not follow the law, even then at least he should become a man of his own words. Wahab recalled that Prime Minister himself had decided that the committee formed on the census would decide after hearing the position of the provinces, but the committee presented the report in the committee meeting without hearing the position of the provinces. Eventually, Federal Cabinet unlawfully approved the partisan report.

Murtaza Wahab pointed out that the report mentions the objections of Federal Minister Aminul Haq though he has consented with its contents while Dr. Fehmida Mirza did not fight the case of Sindh. “It has been proved that the objection has been raised only by the Sindh government,” he added.

The Spokesperson lamented that everyone else obediently agrees with the two-page report except Sindh Government but nowhere its dissent is mentioned. Referring the Federal Minister Ali Zaidi, Barrister Murtaza Wahab has asked said that if he is interested to ask a question then ask the Prime Minister why the prices of flour and sugar have not come down even after taking notice. Wahab advised him to read the constitution on which he has taken the oath.

“Chief minister and any federal minister are not answerable to each other as per constitution; if he (Ali Zaidi) is that keen to ask a question to CM Sindh he should come to Sindh Assembly. No provincial government is accountable to the federation. I can question the institutions but there is a laid down procedure for this purpose” he added.

Replying to a question, Barrister Murtaza Wahab said that in the referred meeting he told Ali Zaidi that this attitude was not appropriate. This method was not correct. This attitude was inappropriate in an official meeting. “Even then when Ali Zaidi was leaving from the meeting, I again said that it is unfortunate… It is wrong to say all happened because of me,” he added.

He asked the prime minister to explain why the price of sugar is crossing the hundred rupees mark. “How did the petroleum crisis happen? Circular Debt has reached Rs 2,400 billion from Rs 1,100 billion.” He said that they should ask which federal ministers are exploiting the people. “Which adviser is being paid a huge amount? A grand building is also being regularized. It is being said that the prime minister is interested in it.” He inquired that when will the fire tenders procured by the governments be handed over to the relevant institutions. “Where is the University of Hyderabad that was to be established in the Prime Minister’s House? When are the schools being built in the Prime Minister’s House and the Governor’s House? The people should get answers to these questions.” He said that today the chief minister of Sindh had to fight the case of the Council of Common Interests but the Prime Minister adjourned the meeting.