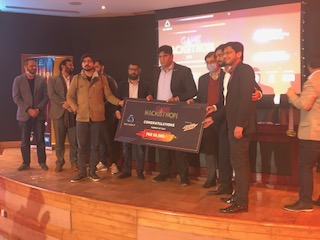 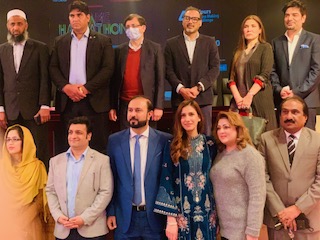 Game Jam is held internationally by game developers and the industry’s enthusiasts. In a Game Jam session game developers, artists, programmers, modelers, and audio experts gather and create games for fun. The Game Jam may last for one to three consecutive days, sometimes with little to non-sleep.
Undoubtedly, the Gaming Industry is sky-rocketing in the 21st century, at large scale and almost $150 Billion market is involved in the gamming/ apps/ technological Industry, with an expected worth of $119 billion. The scope has widened and it is completely transparent that in the 2021, it will prevail almost every nooks and crannies of the world. 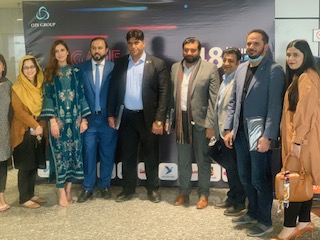 In Pakistan the trend has not started. This 2021, OZI Group has planned to muster up the courage and bring a unity platform in Pakistan on national level, for the first time. OZI aims to bring the youth on board and let them showcase their hidden talent and art of making games. From labelling designs, to development to the release of the game. It may encompass concept generation, design, build, test and release. When you plan to generate a game, it is important to think about the game mechanics, rewards, designs, level and players engagement. As People from all over the world use Google Play to access apps and games every day. Therefore, OZI Group intended to have diverse games of different genres, hand-held free offline games for android and iPhone users, easy to play and friendly user.
Game Hackathon by OZI Group was a forty-eight hours (48hrs) challenge of developing games, on the unity platform. The three-day Game Hackathon was held on 8th, 9th, and 10th of January. Headed by the Mentors, where thirteen teams representing thirteen different companies participated in this challenge. 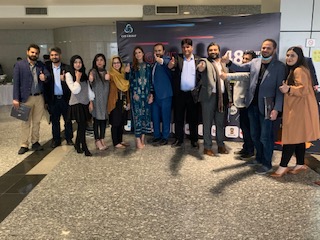 The most interesting part of the whole session was that the three-day session was full of fun, games, excitement, support, cooperation and the teams closed down the jam session making wonderful precious memories of game development to be relished and cherished forever till the next season, the Game Hackathon hits again.
Moreover, the main bridge of the challenge was the result announcement and before that, its compilation that was the toughest part. It was evaluated by the judges, on the basis of Game Idea, Game Theme, Game Mechanics, Reward System, SFX/ MFX Effects and Level Design.

Extremely, tremendously excited as all the teams brought their utterly utmost on the unity platform. The CEO of the OZI Group says, “We aim to provide excellence and an opportunity to our youth. So, they showcase their aptitude, our nation and our youth are not less than any other nation or youth in the world.”

The Chief Guest, Sajjid Kirmani – IT Director and Operations Net Sol Inc. and Awais Honey – World Champion winner of Tekken, happily announced the Game Hackathon result. The winner and the runner
up were awarded with cash prizes. Whereas, the rest of the teams were given certificate of appreciation for making the most of the Game Hackathon challenge, showing great effort. Kudos!

Awais Honey — World Champion winner of Tekken, also gave a few minutes speech regarding the progress of Information technology Industry and youth’s participation in it. He says.” I am glad to be a part of this game Hackathon that is bringing youth on the platform where they make Pakistan proud.”

He also thanked the OZI Group for organizing such an interesting, informational Game session “Game Hackathon” and said that he will always support, buck up the youth for these activities and is looking forward to such more events like this.

Amongst the organizers, the PR Head and Communications Officer: Bushra Khan believes “All are the winners, brimmed up with multi-talented skills and abilities to excel in future becoming the entrepreneurs, or taking up the entire industry up to the K2’s height making Pakistan’s Industry the number one IT industry in future.”
The Vice Chairman, Wild Life, Umair Shaukat also stated that, “These game developing events should take place in Pakistan more frequently, as they help youth come on a platform to showcase their talent.”

Whereas the CEO of the Game Storm Studios: Raheel Iqbal added, “This Game Hackathon by OZI Group, is surely going to do wonders in future, as our youth is all geared up to rock in the games development/ apps industry, stay tuned.”.

The whole event was covered by Media Groups and interviews, comments, opinions regarding the Game Hackathon were also taken by the chief guests, organizers, team participants, mentors judges CEOs and the media attendees.
The event successfully went on to execution, followed by a refreshment, with SOPs maintained. As we care for you all, and hope that all stay safe, healthy, Covid-19 negative being positive in these tough COVID-19 times.

The writer is PR, Communications and Social Media Head at The Game Storm Studios
You can reach writer at Bushra.zkhan94@gmail.com